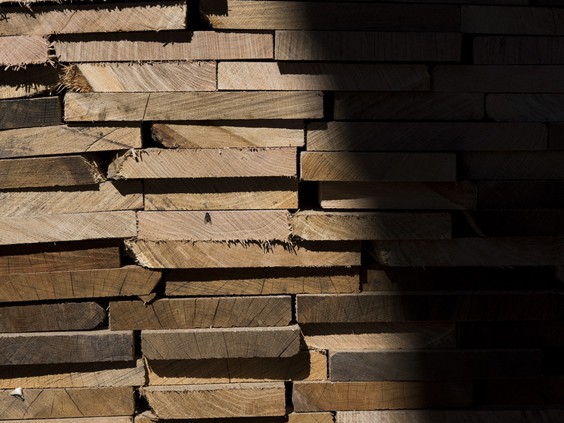 A surge in demand for wood brought on by the pandemic housing boom has sent lumber prices to all-time highs this year, but investors looking to build on significant run-ups in forestry stocks may have a harder time going forward, according to at least one analyst.

Lumber futures were trading at US$1,630 per thousand board feet late this past week, after touching a record high just shy of US$1,700 earlier in the month, quadruple the price of a year ago.

The unprecedented surge has been passed along to consumers through higher construction costs, with lumber now adding about $30,000 to the cost of building a new home in Canada, according to the Canadian Homebuilder Association, and as much as US$36,000 south of the border.

It has also led to spectacular gains for companies in the lumber and forestry sector, with West Fraser Timber Co. Ltd., Canfor Corporation, Interfor Corporation, Western Forest Products Inc., Conifex Timber and Goodfellow Inc., all seeing their share prices more than double over the past year.

Interfor has seen the largest price movement, with a jump in value of more than 300 per cent since last May.

This week, however, forestry sector shares pulled back from their recent highs, a breather that Cole Kachur, vice-president and portfolio manager at Wellington-Altus Private Wealth, said was “probably a good thing.”

“If things keep going up in kind of a parabolic manner, it’s just not sustainable,” Kachur said.

While he expects commodities to remain in demand, he believes the big gains in wood stocks have already been made.

“If the commodity prices stay strong, there’s no reason that they can’t continue to have upward growth,” he said. “I just don’t think you’re going to see it in the same levels that has happened over the last year for sure but more specifically, even the last four or five months.”

Those gains were sparked by the onset of the pandemic, which prompted many work-from-homers to take advantage of low interest rates to renovate or make backyard additions, such as decks and gazebos.

While Canadian sawmills have struggled to expand capacity and attract the necessary labour to meet the growing appetite, tightness in lumber supply had been an issue even before the pandemic.

Daryl Swetlishoff, head of research at Raymond James Ltd., noted that there had been a severe reduction in Canadian lumber supplies since the late 1990s after a mountain pine beetle infestation swept across Western Canada and killed 70 per cent of the pine trees.

That tightness in supply, in addition to increased U.S. housing starts and the boom in demand from Asian markets, mean  that lumber prices won’t come crashing down any time soon.

“We think prices stay elevated through certainly the second quarter, it’s in the bag,” Swetlishoff said. “There’s simply no signs on the horizon that lumber is going to crater, and through the third quarter I could see pricing still elevated in that US$1,000-plus dollar range.”

John Duncanson, executive vice-president of Corton Capital Inc. and timber analyst for the Corton Global Timber Fund, shares this view — particularly for the next year.

“I think that as we enter 2022, that’s when the real supply crunch hits,” Duncanson said. “Builders are getting used to these higher prices and they’re … going to be pushing the price for higher costs of housing into the consumers. I think $1,000 is here to stay.”

The boom has already lead to a spate of deal-making. West Fraser acquired wood-based panel producer Norbord in February, while in an adjacent sector paper company, Paper Excellence, agreed this week to acquire its Montreal rival Domtar Corp. for US$2.8 billion.

Kachur explained that while companies may be expanding amid high profits, he expects that the market is in the late stages of the lumber equities cycle and the forward-going gains would likely be more subdued for timber companies and their shareholders.

“In my opinion … we’re not in the early innings of the ballgame,” he said. “I think we’re in the mid- to late (innings) and I think just people have to act differently.”

In a worst-case scenario, Kachur suggests that retail investors should have protection to the downside.

“You always have to have a plan of where you’re comfortable selling especially when you’ve seen a big run up,” he said. “I think that’s what a lot of people struggle with: Buying is the easy part. The selling is the harder part because you don’t want to miss out on the ride.”