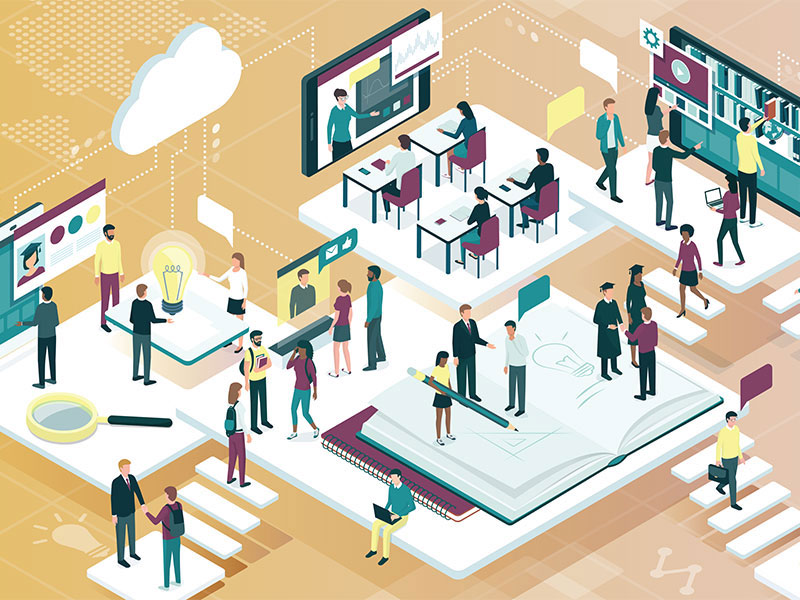 This article appears in the March 2021 issue of Advisor’s Edge magazine. Subscribe to the print edition, read the digital edition or read the articles online.

Comments on Ontario’s proposed title protection rule closed in November. When the rule is finalized, credentialing bodies (CBs) will apply to the Financial Services Regulatory Authority of Ontario (FSRA) for authorization to oversee the titles. FSRA will consider existing licences and designations as potential credentials, as well as new ones.

The consultation also raised concern about relegating standards and ethics to CBs. To be approved by FSRA, CBs must demonstrate effective governance that serves the public interest, and must submit their professional standards, codes of conduct and oversight processes, among other criteria.

Where does coming regulatory change leave you? Probably busy building a practice that surpasses minimum standards. Still, with regulated titles serving as industry touchstones for clients, you’ll likely want to display one of the titles when you hang your shingle. And, if you’re not in Ontario, title regulation will likely spread to your province eventually.

Because credentials stem from CBs, the success of title regulation depends in large part on how those bodies uphold professional standards.

Under Ontario’s title regulation, a CB must demonstrate it can effectively oversee credential holders’ conduct and investigate consumer complaints. It must also publish a list of those who hold the credential, and let the public know about disciplinary action against current and former credential holders.

Several submissions to FSRA’s consultation questioned how well CBs can provide that oversight. Title users aren’t necessarily licensed (and thus overseen by regulators), which may represent a gap in consumer protection.

In Quebec, all FPs are licensed by the Autorité des marchés financiers; the regulator can strip bad players of their licenses and also slap them with criminal charges and fines. The regulator protects clients and upholds the title’s reputation.

Ontario’s proposed rule is different. Since CBs can only revoke credentials and thereby remove someone’s authority to use a regulated title, an FP who’s not securities-licensed could potentially walk away from misconduct with no consequence other than title loss.

Based on data from the FP Canada Standards Council’s 2019 report and FP Canada’s list of completed hearings, six CFP certificants were prohibited from seeking renewal or reinstatement of their certification that year (some permanently). All six were securities-licensed.

Rick Hancox, former CEO at the Financial and Consumer Services Commission of New Brunswick, said that because advisors and planners can dramatically affect clients’ lives, it’s important for the industry to “get the bad players out of the market.”

When a title user isn’t securities-licensed, title loss could contribute to consumer protection through required credential disclosure to clients, which is part of FSRA’s ongoing consultation.

In its proposal, FSRA said it would develop a supervision plan — likely complaints-based — to oversee those who use a regulated title without a credential, and may take enforcement action.

While most advisors and planners are securities-licensed and would be captured by regulators, FSRA’s omission of a licensing requirement is a “significant” consumer protection gap, said the Independent Financial Brokers of Canada (IFB). “Some of the worst fraudsters hold no financial licence at all,” the organization’s comment letter said. “It should not be possible for someone to obtain a[n] FA designation without being licensed.”

However, along with IIROC and the Canadian Life and Health Insurance Association (CLHIA), the IFB said there should be exemptions to use the FA title for licensed advisors, specifically those licensed by both life insurance and securities regulators. (Any perceived educational gap in the life license qualification program could be addressed by an extra educational module, it said.)

Shifting licensee oversight to CBs “does not make sense” when their oversight is limited to “students,” and when insurers and regulators have the “infrastructure and financial means to ensure that customers are treated fairly,” CLHIA wrote in a submission. IIROC suggested FSRA require CBs to have high supervision standards or allow them to rely on regulators for enforcement.

Under the title regulation act, FSRA can make rules for CBs’ disciplinary processes (among other CB criteria). The proposal requires CBs to submit their complaints and supervision processes for FSRA’s approval.

A CB’s ability to revoke a credential could serve as an effective warning to clients who consult a CB’s public list of credential holders, assuming the client does so and the list is accurate. A couple of years ago in the U.S., however, consulting a directory of CFPs was hit-or-miss.

The U.S. doesn’t regulate the FP title, but the CFP Board enforces a code and standards, and has spent millions annually on advertising to inform clients about its credential and enforcement program, helping to distinguish the designation.

In 2019 the board was found to have listed more than 5,000 CFPs on its directory (roughly 7% of its CFPs) as having clean records when they all had marks against them on regulatory websites, including felonies. The board had largely relied on self-reporting of disciplinary history.

A task force report said “significant failures” in the board’s enforcement program and associated communication to the public were primarily attributable to “systemic, long-standing, governance-level weaknesses.” The task force made several recommendations, including strengthening the role and authority of the board’s public members, and having those public members independently evaluate the directory and other promotional activities.

The board strengthened its enforcement in line with the task force’s recommendations, conducted background checks on all certificants and redesigned its directory.

Richard Salmen, a task force member and former CFB Board chair, said that while the board has been “serious for a long time” about disciplinary processes and has a long-standing discipline and ethics commission, it was challenged by significant growth.

Salmen also noted that in 2018 the board updated its standards to require CFPs in the U.S. to offer all advice, including product advice, as fiduciaries. (Since 2008, CFPs had been required to offer financial planning advice as fiduciaries.)

The task force recognized that “enforcement had to step up to […] live up to that promise,” he said.

“There was nothing that caused us concern with how we function in Canada,” he said, explaining that the two certification bodies can’t be compared. They’re autonomous and, because they operate in different legal jurisdictions, they require different disciplinary processes, he said.

Still, CBs in Canada will need ample resources and effective processes to oversee title users (as FSRA requires) as well as processes to avoid conflicts, such as those related to promotional communication. And they’ll require robust oversight, which FSRA said it will provide.

FSRA’s consumer advisory panel urged the regulator in a comment letter to provide details of its oversight plan. Further, it said FSRA should audit CBs to evaluate their performance.

The panel and other stakeholders also highlighted the importance of creating a central database of all title users, their credentials and their discipline histories in order to protect consumers.

FSRA said the life license qualification program (LLQP) likely won’t be an approved credential to use the FA title because its content falls short against the regulator’s baseline competency profile for advisors. The program lacks content related to client outcomes, FSRA said, such as periodically reviewing a client’s objectives.

Jason Watt, CEO at Business Career College in Edmonton, compared the competencies taught by the LLQP pre-licensing course to the Canadian Securities Institute’s (CSI) Investment Funds in Canada course for mutual fund advisors (also a pre-licensing course). In his comment letter he concluded that “neither course has a clear advantage over the other with respect to the content delivered to students.”

Watt described the regulator’s approach as focused on inputs, when a dynamic approach would be more effective. He said CBs should demonstrate they have processes to regularly review educational curricula — an expansion of the proposed rule.

In some instances of financial services education, “regular course updates are clearly missing,” Watt said in an interview.

Public consultation would help ensure such research gets included in education programs. He said a diverse group comprising public members, regulators, consumer advocates, subject matter experts and FAs/FPs should regularly review course material to help ensure it reflects best practices. As it stands, some programs do this and some don’t, he said.

A dynamic approach to education would help ensure financial professionals have the tools they need to produce positive outcomes for clients, giving investors confidence in credentials and titles.

Jason Watt, CEO at Business Career College in Edmonton, suggested that a psychometric evaluation be required for any tests leading to an approved credential. The audit would assess a test against benchmark standards and ensure fairness and reliability. “There’s a proper way to construct an exam,” he said. While some educators and CBs already employ psychometrics, ideally all would.

Cynthia Woodley, a psychometrician and chief operations officer at Professional Testing, Inc. in Orlando, Fla., said the main challenge faced by CBs is “measuring the knowledge and skills that relate to the job.”

A certification exam, for example, shouldn’t be based on any one educator’s material, said David Cox, president at Professional Testing, Inc. A psychometrician (or other professional trained in job analysis) details the knowledge, skills and abilities required to be competent on the job, which the certification body translates into specifications for the test, he said.

FP Canada, which oversees the certified financial planner designation, adheres to psychometrics, as does the LLQP. While FSRA doesn’t specifically mention psychometrics in the proposed rule, a CB must submit to FSRA its policies and procedures for granting credentials and show how its credentialing process is fair.

A tithe for your title

FSRA hasn’t yet proposed a fee rule, but you can expect to pay some annual amount for title use: Ontario’s title regulation act requires credentialing bodies to collect fees from credential holders and remit them to the regulator. FSRA expects its first-year costs to be at least $3 million; thereafter, annual fees will cover ongoing operating costs.