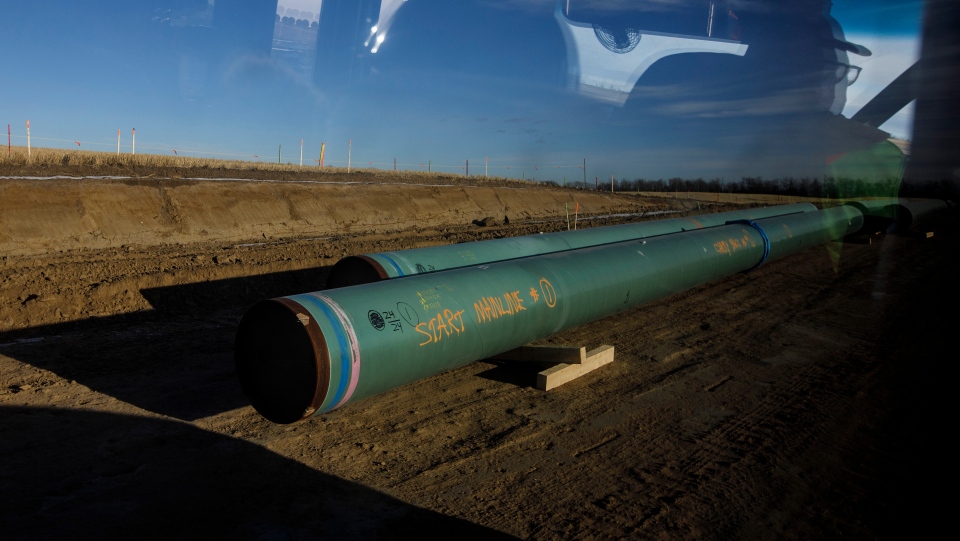 Ottawa approved the project for a second time in June 2019, nine months after the federal court of appeal withdrew the original approval

Contractors were told to develop detailed plans and to begin to hire workers in August.

Trans Mountain has previously said the project would employ more than 4,000 people by the end of 2019. O’Regan said Tuesday that TMX has created 2,200 jobs since the beginning of September.

With both Savage and O’Regan in attendance, it was a rare show of unity between the Alberta government and Ottawa, whose leaders have been at odds over legislation, transfer payments, and western alienation.

Both sides hailed Tuesday’s event as a positive development for the much-delayed project.

“Thank you Minister O’Regan. This is your third trip out and it’s been a real pleasure working with you,” Savage told the minister.

“With more hard work and goodwill and a continued commitment to getting things done the right way, this pipeline will be completed,” said O’Regan.

The expansion project still faces legal challenges. The Federal Court of Appeal announced in September that it will hear six challenges focusing on Indigenous consultation while dismissing several claims centered on environmental concerns.

Once completed, the expansion will carry nearly 900,000 barrels of oil per day from Alberta to the B.C. coast.