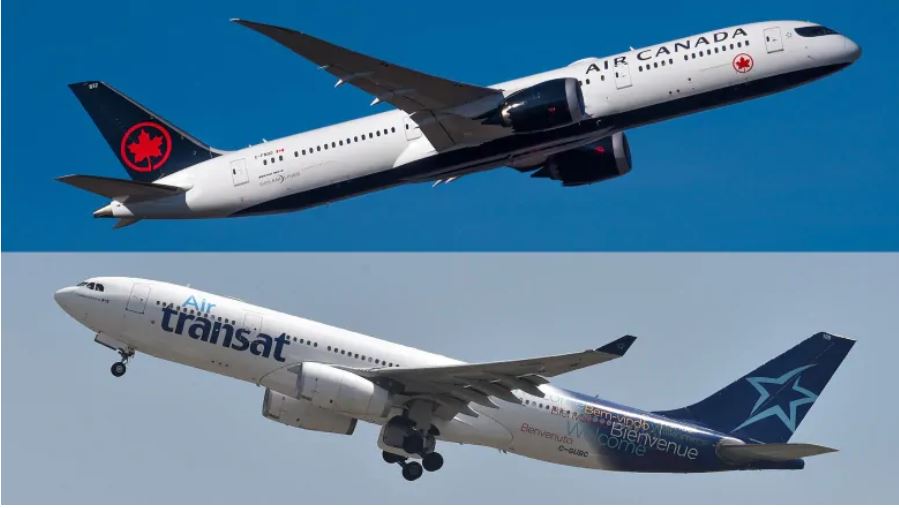 A Quebec developer seeking to outbid Air Canada with a takeover proposal for Transat AT Inc. says he will hand a formal offer to the tour operator before Transat’s exclusive talks with Air Canada end on June 26.

“We will file one, because they’e asking for one,” Group Mach Inc. chief executive Vincent Chiara told The Canadian Press. “We don’t have any obligation toward Air Canada to respect an agreement.”

Transat began exclusive talks with Air Canada on May 27 after the country’s largest airline made a bid of $13 per share or about $520 million.

Last week Mach announced in a press release a higher offer of $14 per share or $527.6-million, which includes trying to convince the Quebec government to finance nearly one-quarter of the purchase.

Transat chief financial officer Denis Petrin said the company has “taken note of the press release” but has not received a formal proposal.

In the cold winter months, most of the company’s business is to hot climates. In the summer, trips to Europe dominate.

“Should any further acquisition proposal be communicated to the company before or after the end of the exclusivity period, it will be addressed by our board of directors in consideration of their duties and obviously the agreement with Air Canada,” Petrin said on a conference call with investors Thursday.

Under its offer, Mach committed to keep Transat’s head office, executive team and decision-making hub in Montreal — all essential, it said, if the Montreal developer hopes to get the $120 million in financing it seeks from Quebec.

Chiara, who told The Canadian Press he aims to continue Transat’s current business operations — with no layoffs or selloffs planned — said Thursday he spoke with Quebec Economy Minister Pierre Fitzgibbon since his initial expression of interest June 4.

Key to the deal would be proposed minority partner TM Grupo Inmobiliario, a Spanish real estate developer that would roll over its three hotels in Mexico to Transat, according to Chiara, who has criticized how Transat is handling its $750-million plan to develop a hotel chain in the Riviera Maya and the Caribbean.

TM would contribute about $15 million in cash in exchange for a minority equity stake in Transat after the proposed agreement closed, Mach said. That would cover the $15-million break fee — built into the Air Canada arrangement — that Transat would incur by accepting the higher bid.

“While the due diligence resulting from the letter of intent signed with Air Canada is also underway, we remain focused on achieving the improvements set out in our strategic plan,” Transat chief executive Jean-Marc Eustache said in a statement.

“Becoming a part of Air Canada would seemingly solve these issues so we therefore see an Air Canada offer as the best option for Transat’s long-term viability,” Doerksen said in a note to investors.

Analyst Benoit Poirier of Desjardins Securities said he is “confident that an agreement will be reached” with Air Canada.

“Assuming a transaction takes place, it will be interesting to see if Air Canada increases its offer given that major shareholders Letko Brosseau and Penderfund Capital Management, which jointly own about 21.1 per cent of the total shares, have publicly stated that they intend to vote against the transaction as the price offered is too low,” Poirier said in an investor note.

Net income attributable to shareholders fell 71 per cent to $2.27 million in the quarter ended April 30, down from $7.94 million in the same quarter last year, the company said.

On an adjusted basis, Transat lost $6.31 million or 17 cents per share for the quarter compared with an adjusted loss of $456,000 or one cent per share during the same period in 2018. That beat analysts’ expectations of a loss of 23 cents per share, according to Thomson Reuters Eikon.