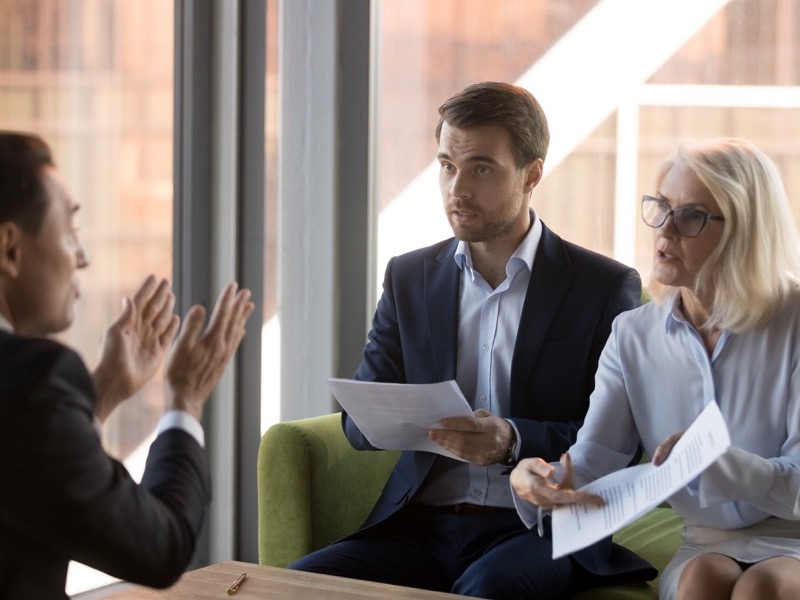 When it comes to claims against advisors, clients “at the edge” are the big red flag.

That warning came from Thomas Wilson, a senior claims specialist with AXIS Capital, the errors and omissions (E&O) insurer for members of the Independent Federation of Brokers of Canada (IFB). Wilson presented an E&O session on Thursday at the IFB Spring Summit 2022, held virtually.

An example of a client at the edge is one who can no longer afford to hold an investment or pay their insurance premiums.

“Then the claim will come against you to say it was unsuitable,” Wilson said. “Those are hard to defend, and they’re very frequent claims.”

Other claim trends highlighted at the event served as signs of the times: alternative investments, such as syndicated mortgages; product liquidity risk; and market volatility.

“Market volatility […] is increasing both the severity and frequency of claims,” Wilson said. “We know that clients […] get very agitated and frustrated and scared — emotional — when they see the markets going up and down, and they’ll look to the person who put them in a product to see if they can make it right.” Given current market turbulence, this is one claims trend that advisors can expect to continue, he said.

To help protect yourself from such claims, risk planning, knowing your client well and documenting risk can go a long way.

Another red flag was incomplete documentation with a familiar client — one “you’ve been working with for many years,” Wilson said. “You’ve developed a rapport and routine.” The relationship has “run so smoothly for so long, you’re not as diligent with respect to taking notes” or filling in forms.

That lack of documentation or departure from your standard practice is “a real exposure risk in any potential lawsuit,” he said.

He also brought insurance advisors’ attention to an unusual claim he’s seen a couple of times: in litigated claims that involve denial of insurance benefits, the life insurer says the advisor owes the insurer a duty to defend and indemnify the claim against the insurer based on the insurer-advisor contract.

“These may have been standard provisions that have been in the contract for some time between life company and advisor,” Wilson said. “But I’ve just now for the first time started seeing some reliance on them. […] It’s something to watch.”

IFB members’ E&O insurance with AXIS covers negligence, not contractual promises, so advisors may have no insurance coverage in such a case, he said.

Wilson also told insurance advisors that they should be prepared for claims, because they may be a matter of when, not if. Even meritless claims can arise, he said, and an insurance company may offer money to settle a low-merit claim to avoid such risks as potential court costs.

The most common claims with life insurance involve misrepresentation and policy lapses.

With the first, “there’s only risk to the advisor if the insurance company wouldn’t have written the policy if [it] had the correct information,” Wilson said. The advisor would have to be proved negligent in providing that information.

In this ongoing case, the advisor didn’t have a proper follow-up system or failed to follow up. Be diligent and “close the loop on every inquiry you’ve started,” Wilson said.

Further, abide by the ubiquitous advice to keep notes and documents. In another case Wilson described, the client had meeting notes, and the advisor didn’t. “We were in a very difficult position for that claim,” which was ultimately settled, he said.

To help with documentation, follow up each client meeting with a quick email to summarize the discussion, he suggested. “You’ll be in a much better position.”

Think energy costs are high? They’re likely headed in one direction — up

Here are two things that could worsen Canada’s competitiveness