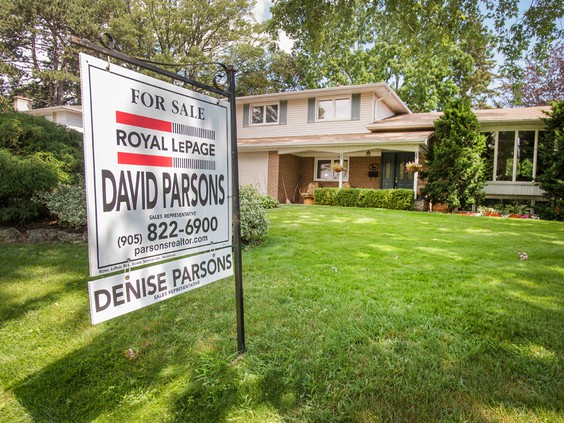 Prime Minister Justin Trudeau’s election campaign promise to raise taxes on Canada’s biggest banks could backfire and make home purchases less affordable, undercutting his goal of helping buyers in one of the world’s hottest markets, according to an analysis from Bloomberg Intelligence.

Banks’ response to tax increases is typically to pass on the cost to borrowers through higher interest rates and service fees, Bloomberg Intelligence analysts Andrew Silverman and Paul Gulberg wrote in a note Tuesday, citing a European Central Bank study from last year. For homebuyers, that would mean extra expenses in a housing market that’s already out of reach for many Canadians, with the average cost of a home up 16 per cent over the past year to $669,200 (US$529,840) in July.

Trudeau said last week that if re-elected, his government would increase the tax rate on bank and insurer profits above $1 billion (US$793 million) to 18 per cent from the current rate of 15 per cent, raising $2.5 billion over the next four years.

Any move to increase bank fees and rates would likely fall hardest on individual borrowers, rather than business clients, because they have fewer alternatives and because lenders would be more cautious about upsetting larger, more profitable customers, Silverman and Gulberg said. Higher costs for borrowers could filter through to economic growth by reducing purchases at retailers and restaurants, the analysts said.

Why would they accept a bank tax if they didn’t have to and they could just pass it through?

“The banks’ job is to make money and raise money for shareholders,” Silverman said in an interview. “So why would they accept a bank tax if they didn’t have to and they could just pass it through?”

Trudeau’s Liberal Party is seeking a third consecutive win in a Sept. 20 election and is trying to appeal to left-leaning voters with a number of measures aimed at helping the middle class. He announced the tax during a week in which four of the country’s largest five banks posted quarterly profits of more than $2 billion.

“Given that our banks have posted extraordinarily large profits and continue to be incredibly successful, including through a pandemic, where everyone else had to tighten their belts, we’re going to ask them to do a little bit more,” the prime minister said.

The proposed tax increase also could prompt banks to take on more debt and buy tax-advantaged government bonds to cushion the impact, rather than raise capital by selling more equity, the Bloomberg Intelligence analysts said.