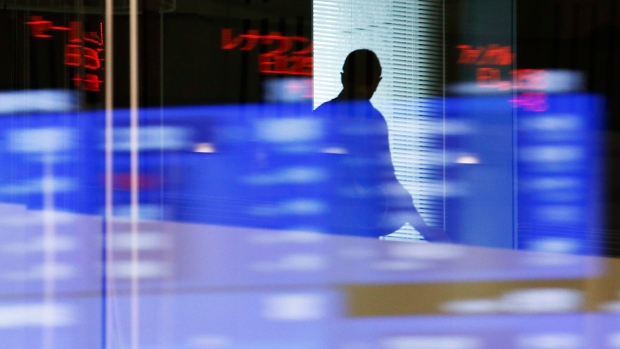 Canada’s main stock index hit a 2019 high Wednesday on renewed hopes of a trade deal between the world’s two largest economies and economic data that helped to allay fears of a pronounced global slowdown.

The underlying tone in the marketplace is largely one of optimism, says Candice Bangsund, portfolio manager for Fiera Capital.

“When taken together with the stronger-than-expected economic results, 1/8it 3/8 has helped to boost equity markets to what’s close to bull market territory,” she said in an interview.

The Toronto market closed 18.1 per cent above the low set last December and just 1.7 per cent off last summer’s all-time high.

North American markets reacted to reports from Washington about the status of trade talks between the U.S. and China after White House economic adviser Larry Kudlow said the two sides expect to “make more headway” in trade talks this week.

“Of course, the proof will be in the final result, which does remain elusive at this time, but the important thing is that the important steps are being taken to move towards a deal and the market obviously welcomes these types of developments,” Bangsund said.

Still, the Canadian market underperformed its North American peers largely due to lower prices of oil and gold.

The influential energy sector was the weakest on the day, losing 1.3 per cent, on a rise in U.S. oil stockpiles and record crude production in the latest week. Encana Corp. lost 4.7 per cent followed by Crescent Point Energy Corp.

Consumer discretionary shares improved the most on the TSX, helped by a 5.8-per-cent rise by HBC, followed by utilities, technology and financials.

Financials rose following an increase in rates for 10-year bonds as investors moved from fixed income investments to equities.

“You’re hearing a lot in the news today about this whole concept of fear of missing out,” said Bangsund. “You know investors just saw a 13 to 14 per cent quarterly gain in equity markets and they missed out on it so there’s a lot of rushing into equity markets, especially now that some of the economic data is more supportive.”

Until now, fixed income bond yields had fallen aggressively, lending support to fears about global growth. But signs of economic resilience in China and Europe is shifting bond interest rates higher in response.

“Just that call for a resynchronization in global growth, if that does come to fruition, which it’s looking increasingly likely here, that’s going to have positive implications for the more cyclically biased equity markets out there such as the TSX and the emerging markets.”

B.C. to crack down on hidden real estate ownership

The Private Investor Magazine, Balancing Act: How new initiatives in Alberta and Saskatchewan highlight the delicate balance between capital formation and investor protection