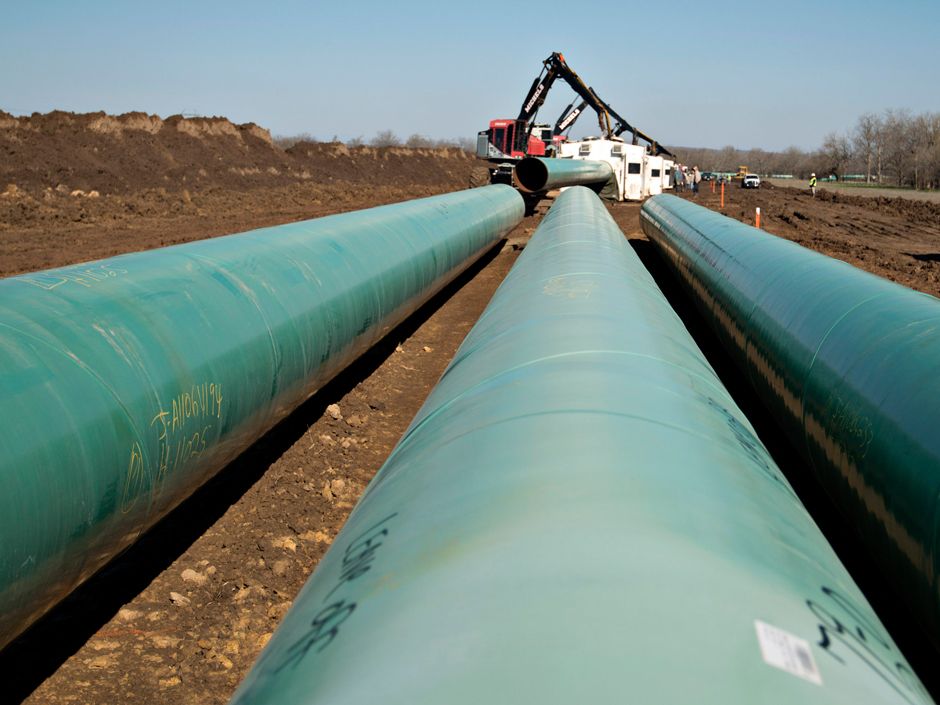 The suspension of the National Energy Board’s review of the Energy East pipeline review can be traced back to anti-pipeline activism and controversy stemming from a story published by The National Observer.  On the first day of the project’s hearing in Montreal, protestors stormed the meeting room and brought the review to a standstill because of security concerns.

Days later, all three National Energy Board panelists recused themselves in the wake of revelations by National Observer reporter Mike De Souza that two of the panelists had met with former Quebec premier Jean Charest who had not disclosed that he was retained by TransCanada Pipelines, the company looking to build Energy East.

Given the significant impact of anti-pipeline activism, it’s time for an update about who funds it, who is involved, and why this U.S.-funded campaign against Alberta oil is unacceptable.

Prior to the shakedown of the NEB, few Canadians had heard of the National Observer or its sister publication, The Vancouver Observer. Both are on-line reporting projects of the Observer Media Group. Launched in 2015 with crowd-funded seed capital, the National Observer calls itself “independent” and says that it exists “thanks to reader subscriptions and donations.”

One of those donors, according to U.S. tax returns, is The Tides Foundation in San Francisco. Tides has funded Observer Media via Earth Ways, a charitable foundation in Malibu Beach, Calif. Tides and Earth Ways have a long history and are funded by some of the same donors.

In 2015, Tides paid US$21,000 to Earth Ways for re-granting to Observer Media, US$20,000 for “media reporting” and US$1,000 “in honour of Linda Solomon.” Solomon is the founder and editor-in-chief of the National Observer and CEO of The Observer Group. She’s also the sister of Joel Solomon, a former employee and chairman of The Tides Foundation.

Linda Solomon did not reply to an email seeking further information about her publication’s connection to Tides. De Souza responded to a request for comment, but did not answer questions about funding from Tides.

Given that the National Observer is partially funded by Tides, it bears mention that Tides is by no means an impartial bystander in the campaign against Alberta oil. In fact, Tides is the funding and co-ordination juggernaut behind anti-pipeline activism. Totaling US$35 million, Tides made more than 400 payments (2009 to 2015) to nearly 100 anti-pipeline groups. Without all that Tides money, pipeline projects would not be facing well-organized opposition.

If Tides funded activists to act as honest brokers, that would be fair. But that’s not what Tides does. Tides funds The Tar Sands Campaign, an international effort that aims to embarrass Canada, deter investment and stigmatize Alberta oil as the poster child of dirty fuel. The goal of this campaign is nothing short of stopping the export of Alberta oil by pipeline, rail and tanker.

Tides launched The Tar Sands Campaign back in 2008 with funds from the Rockefeller Brothers Fund and other U.S. donors.  At first, the main intermediary funder was Tides but in 2012 that changed as some U.S. donors shifted to the New Venture Fund, based in Washington, D.C.

The Rockefeller Brothers Fund, a charitable foundation financed by the famous oil barons of the same name, has funded New Venture explicitly “to support the campaign to cap tar sands production in Alberta.” When Rachel Notley’s NDP government announced a climate plan in November that would cap the Alberta oil industry’s allowable carbon emissions at 100 million tonnes, the Rockefellers got exactly what their funding was meant for, even if that wasn’t Notley’s intention.

In 2015, Tides paid $4 million to 50 anti-pipeline groups. Of that, $750,000 went to U.S. organizations while $3.3 million was paid out in Canada. A total of $615,000 went to the four environmental groups involved in the development of the Notley government’s climate plan: STAND, formerly Forest Ethics; The Pembina Institute; Environmental Defence; and Equiterre. The largest single grant from Tides to a Canadian environmental organization was US$700,000 paid to The Sisu Institute, a low-profile non-profit based in Sointula, B.C. That was for an initiative called “Canada’s Road To Paris: Changing The Narrative.”

If the activists marching in protests and storming NEB hearings make the anti-pipeline campaign look like an amateur, grassroots movement, the reality is it’s anything but.

The anti-pipeline machine is what is now called a “directed, network campaign,” a new breed of professional, staged activism. From Neil Young concerts to First Nations lawsuits, this campaign is centrally planned, funded and executed by paid organizers at NetChange, a private company funded in part by Joel Solomon.

Anti-pipeline activists say they’re protesting pipelines to “keep oil in the ground.” And yet, against Texas, where oil production has doubled, there’s no multi-million-dollar campaign.

The U.S. now jostles with Saudia Arabia and Russia for top spot as the world’s number one oil producer. Last year, the U.S. began exporting oil to China, Japan, France, Italy and elsewhere but there is no campaign against exporting U.S. oil.

The Tar Sands Campaign is keeping Canadian oil landlocked within North America, stopping it from reaching overseas buyers and allowing the U.S. to dominate the market. Anti-pipeline activism claims to be about the carbon emissions and the climate but what it amounts to is economic protectionism.

Vivian Krause is a Canadian researcher and writer. Find her at Twitter.com/FairQuestions.

10 Ways to Make Zoom Meetings Less Exhausting, According to Psychologists