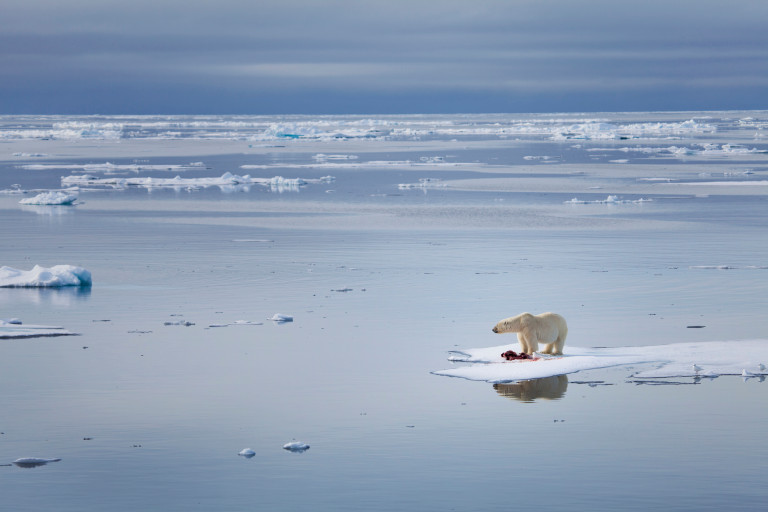 For investors, fighting climate change or disease will not have the immediate link to profitability that let’s say, urbanization had. When Western nations needed to alleviate rural poverty, urbanization was a solution, and private capital was readily available to finance the industrial revolution. The free market was in this instance, pareto efficient. Society had a problem, and privateers profited from fixing it.

But in today’s VC landscape, this isn’t the case. There is a disconnect between immediate profitability and societal needs — for example, fighting climate change, shoring up the food supply, or fighting fake news increases. The need for solutions to these issues is becoming increasingly urgent, yet private investors still flock to larger rounds for later-stage, profitable businesses, preferably future monopolies.

We’ve seen a collapse in the number of seed/early-stage funding rounds in recent years and a shift towards funding for sturdier, more mature later-stage ventures. According to research from Magister Advisors, the number of rounds at the Series A/Seed level is less than half what it was in 2013. At the same time, the volume of rounds for later-stage companies is increasing exponentially. Last year $192 billion was invested into more mature businesses, an increase of 80% year-on-year.

The VC model has become risk-averse

One subtle change I’ve observed as a tech CEO is a shift in the metrics that many VCs rely on. Investors no longer seem to focus solely on factors like total addressable market; instead, they spend more time examining potential EBITDA performance (earnings before interest, taxation, depreciation, and amortization) or on cash flow generation. While rational, this is the approach we expect from private equity firms not VC funds. VC is no longer about risk/reward, it’s about reliability.

These are all understandable shifts in funding behavior. After all, it isn’t in the interests of a General Partner at a VC fund to back an ultra early-stage venture in the name of pioneerism. Their interests lie in ensuring the viability of their funds and to ensure that the LPs who finance them are happy.

For society, though, this is an issue that needs addressing. A possible result of this shift is that cutting-edge medical, space, “tech for good,” or open-source technology firms miss out on funding. In health tech, for example, global deal volumes dropped by nearly 40% last year. This is particularly troubling because it is these health tech firms that will likely be responsible for the medical breakthroughs society desperately needs.

This is an example of market failure. Historically, there has only ever been one solution to this, and that’s government intervention.

Governments can step up without losing political capital

Modern governments have a role to play in securing the next wave of innovation. Government-led funds that focus on societal gain are more of a fit for higher risk, “moonshot” projects where profitability can’t be guaranteed. Government projects have financed some of the greatest advancements of the last century, from developing the Internet and GPS, to putting man on the moon. Nokia, Qualcomm, and Symantec all received early backing from public funds, as did Bell Labs when it was still the big Bell.

In this age of populism, it could be quite easy for elected politicians to shy away from pushing for investment in potentially high-risk projects. However, in practice, we’re seeing the opposite happen. I head up SprinD, a public fund backed by Germany government to the tune of a billion euros (over the next decade), to invest in ideas that traditional VCs deem too risky.  In the U.S., former Vice-President Joe Biden spent a significant amount of time in office on the Moonshot Cancer Initiative. This initiative was given $400 million for 2019, and Congress granted the project over $1.8 billion to spend over the next seven years. In the UK, the small business grants offered by the British Business Bank (the UK’s state-owned fund) are predominantly for environmental or medical causes. Again, this was authorized by a fiscally-conservative government.

These are not big-ticket items for most governments. The level of funding that most moonshot projects will need requires just a re-appropriation of existing R&D money rather than a huge policy change that a government must go out on a limb for. Even in Trump’s America, ARPA-E, which funds early-stage energy projects, continues to receive federal funding. Likewise, DARPA has just announced it will be investing heavily in the US’s network infrastructure in the coming years. I’d argue that these are spending pledges most voters will not think twice about.

The economics of investing can favor government involvement. A “supergiant” VC fund is typically around the $1 billion mark. In contrast, the German government spends around 92 billion euros per year on R&D. Softbank’s Vision Fund is set to spend around that over the course of a decade. In fact, the spend of smaller nations on research dwarfs even the largest of Sand Hill Road funds. Latvia, for example, spends 0.45% of its GDP on R&D, which is approximately $136 million per year. Ukraine spends approximately $600 million a year on scientific initiatives/R&D — again highlighting how “big money” for a VC equates to spare change for most governments. In the grand scheme of things, the cost of government intervention here could be minimal — re-appropriating public spending may ensure moonshot projects get the funding they need.

To play devils’ advocate, one may reasonably argue that this state R&D spend is best suited to go towards attainable, low-risk projects, rather than moonshots. But, if this is what VCs are now doing, what is the point of governments doing that as well? Governments are not “for-profit” in the way a VC is, and don’t have the same vested interests. I’d argue that their interests are much more aligned with what a moonshot stands for — curing an incurable disease, or finding solutions for the climate crisis.

This isn’t just about philanthropy or innovation. This is about sound economic policy. In a global marketplace where a few big technology firms are out-competing the rest of the field, it will take big, disruptive innovations to forge lucrative new markets that are aligned with societal interests. And the countries that bring these innovations to life stand to wield a lot of influence in the global economy over the next 30-40 years.

Trust in big tech is at a low

We also need governments to pick up the mantle because we’re at a tipping point. Most people no longer trust Big Tech. Today’s biggest privacy risk comes from companies who gather our information for legitimate purposes whilst also using it for their own advantage, and these are the kinds of businesses that private, traditional VCs have backed in recent years.

The Internet used to be an instrument for freedom (of expression, of innovation, of commerce), but now it is turning into an instrument for control, consolidation, and concentration of the global tech wealth in very few hands. Government R&D spend, in order to fund companies that users might have faith in, is a part of the solution to this dearth of trust we’re seeing.

We do not need more closed identity systems run by big corporations who are interested in gathering personal information to support and optimize their own dominant positions. We need systems that are open and federated, meaning users can pick whichever provider they trust. Governments are more likely to back these types of enterprises.

The call to action here is straightforward: Governments already spend significant amounts of money on R&D, and at present, there is a desperate need to fund moonshot projects. Without going out on an electoral limb, re-appropriating just small amounts of money from this R&D pool could solve the market failure we’re seeing in the VC ecosystem.