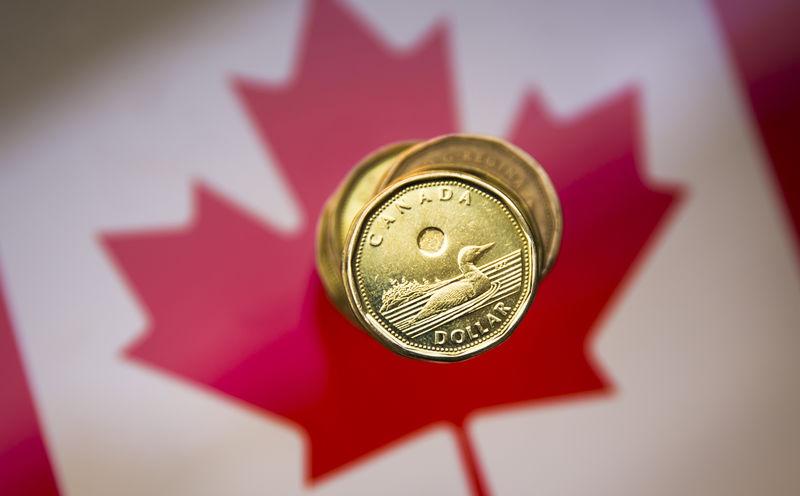 Canada’s overall inflation rate in February edged up to 1.5 percent but was below the central bank’s target for the second month in a row while January retail sales disappointed, sending the Canadian dollar down to a near two-week low on Friday.FILE PHOTO: A Canadian dollar coin, commonly known as the “Loonie”, is pictured in this illustration picture taken in Toronto January 23, 2015. REUTERS/Mark Blinch

The Statistics Canada data underlined market expectations that the Bank of Canada, which raised interest rates a total of five times in 2017 and 2018, will stay on the sidelines until the economy recovers from a slowdown caused in part by low oil prices and a weaker than expected housing market.

Although the inflation rate ticked up from the 1.4 percent seen in January, it was still less than the Bank of Canada’s 2.0 percent target. The bank’s closely-watched three measures of core inflation were also under 2.0 percent.

“There’s really no inflation pressure pushing the Bank of Canada to move on rates quickly. For them it’s another reason to sit on the sidelines for now,” said Nathan Janzen, senior economist at the Royal Bank of Canada.

The Bank of Canada held interest rates steady as expected on March 6 and took a slightly more dovish tone, saying there was “increased uncertainty” about the timing of future rate increases.

“It’s pretty tough to see the Bank of Canada doing anything for quite a while. Core inflation is stuck below 2 percent, there are lots of warning signs on global growth, not to mention Canadian growth,” said Doug Porter, chief economist at BMO Capital Markets.

The bank’s next interest rate announcement is scheduled for April 24 and most market operators are expecting it to announce no change.

Retail trade in January was pulled down in large part by weak auto sales. The last time retail sales posted three declines in a row was between April and June 2012.

“The retail data is obviously on the disappointing side … it does fit with this ongoing story of a consumer-led slowdown in Canada,” said Andrew Kelvin, senior rates strategist at TD Securities. “They (the Bank of Canada) are on hold for a while.”