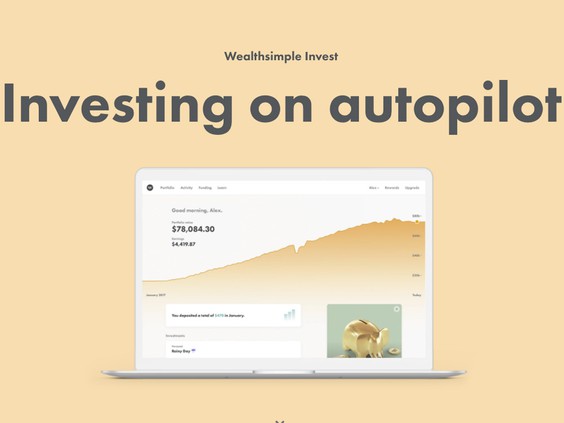 The deal for the seven-year-old Toronto-based company was led by U.S. venture capital firms Meritech and Greylock, and is backed by some of Silicon Valley biggest funds and Canada’s most famous celebrities. The transaction is considered to be one of the largest private technology investments in Canada.

The blockbuster round trumps Wealthsimple’s most recent deal seven months ago — which pulled in $114 million to value it at $1.4-billion — and more than doubles its valuation. The oversubscribed round includes a wave of new investors, such as DST Global, Iconiq Capital, Dragoneer Investment Group, iNovia Capital, Base 10, Redpoint Ventures, STEADFAST, Alkeon Capital, TSV, Plus Capital, as well as Power Corp.’s subsidiary Sagard Holdings and current investors Allianz X and TCV.

As markets whipsawed and closures kept people at home during the pandemic, do-it-yourself investors flocked to online trading platforms and millennial customers searched for digital alternatives to the big banks.

“Fintech is having a giant moment now and it’s been massively accelerated by this pandemic,” said Wealthsimple co-founder and chief executive Mike Katchen.

“Folks not only got to see how we handled that, but also how we lived the mission through trying moments throughout the year. To see this company that is standing for empowering people with financial tools to help them achieve financial freedom, we’ve done that and lived it through some trial-by-fire moments this year, and that really resonated with folks.”

The company has expanded it services since its early days as a so-called “robo-advisor,” launching savings and investing products, stock trading, cryptocurrency sales and peer-to-peer money transfers.

Wealthsimple has seen its client base double in the past year to more than two million, including its tax filing business, driven by its online stock-trading platform, Wealthtrade, which offers zero-trading commissions and cryptocurrencies. The company makes money by charging investors a 1.5 per cent fee on U.S. trades.

Taxpayers ‘on the hook’ if Trans Mountain expansion goes wrong