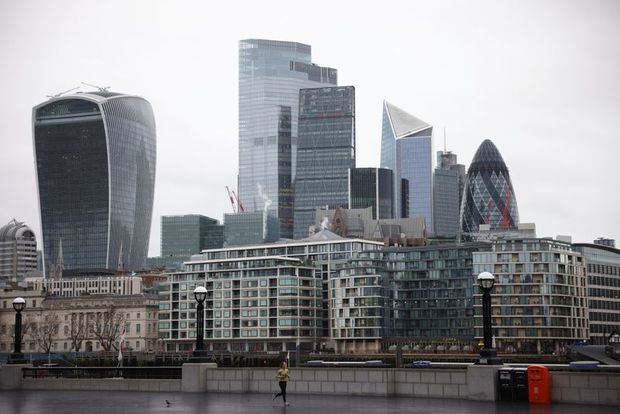 This article is the second in an ongoing series on the client-focused reforms, which will place investors’ interests first in their dealings with financial advisors and dealer firms and have a consequential impact on advisors and the investment industry.

Although financial services regulators in Britain introduced sweeping reforms for the investment industry eight years ago, including banning of all commissions, they still are working toward finding the right balance between ensuring investors receive high-quality advice that’s available to all and that the industry itself is healthy.

As Canada embarks on yet another round of changes with the introduction of the client-focused reforms (CFRs) later this year, Britain still finds itself grappling with the fallout of its much more aggressive overhaul, the Retail Distribution Review (RDR), which took effect on Dec. 31, 2012.

This past December, Britain’s financial services regulator, the Financial Conduct Authority (FCA), released a review of the RDR as well as further changes that were made in 2016, which highlights several ongoing concerns. These include lack of meaningful advice for more than 90 per cent of investors; a narrow range in the pricing of advice; and the possible need for an entirely new category of financial advice dubbed “personalized guidance.”

Then, in January, the FCA launched a further review of suitability issues connected to advice on structuring retirement income that is expected to culminate with revised rules expected later this year.

Financial advisors in Canada can sympathize. After decades of discussion and a patchwork of often controversial reforms, the CFRs, which are based on principles of enhanced disclosure rather than outright bans, will impose tougher standards for suitability reviews and add a new obligation to disclose “material” conflicts, such as referrals. The new rules also require potential conflicts to be resolved in the best interests of the client, a significant new requirement that falls short of a statutory fiduciary duty.

While some have lauded the introduction of the CFRs as a move in the right direction, others say regulators could do more – and follow the guiding principles of the system Britain has imposed more closely.

Ian Tam, director, investment research, at Morningstar Canada, says it’s disappointing that Ontario’s provincial government chose not to join the decision of all the other provinces to ban deferred sales charges. And while he says there is a place for trailing commissions, he points out that Canadians pay among the highest fees in the world on mutual funds.

“There should be a heavier focus on fees [by regulators]. I don’t necessarily think that the CFRs directly address this [issue] as the RDR did. Elements of [the CFRs] will certainly help, especially around conflicts of interest and how that’s going to be disclosed, but there is work [still] to be done,” Mr. Tam says.

Indeed, the pillars of the RDR – if not all aspects of its application – are supported broadly in Britain. Those include fully independent advice, for a fee; a total ban on commissions; a sharp hike in professional standards; transparency on fees; and more redress for investors, should advisors or firms go offside the rules.

Even then, some say the RDR has some deficiencies. One of which is the massive gap that’s been created between the level of independent advice available to a small fraction of affluent retail investors and everyone else, says Danny Cox, head of external relations at Hargreaves Lansdown PLC, a financial services firm based in Bristol that manages more than £120-billion for 1.5-million clients.

“There are a lot of criticisms [of the RDR], and there is a large number of people who need more help, [but] we are in a much better place than we were,” he says.

Chief among the gains – and complaints – attributed to the RDR is the rise of independent financial advisors (IFAs) who offer fully independent and personalized services and receive no fees or incentives from product providers. Rather, fees are charged to the client upfront, often as a percentage of assets or at an hourly rate. The main concern with the IFA model, though, is that these advisors serve only those investors who are already well off.

For the lucky 8 per cent of investors who can afford the services of an IFA, there is much to praise, says Simon Harrington, senior policy advisor, public policy, at the Personal Investment Management and Financial Advice Association (PIMFA).

Despite an initial decline in the number of advisors because of enhanced professional standards, he says that “there are more advisors now than there were before the introduction of the RDR. They are significantly better at their job and they are also more independent. The most interesting part is that it has totally empowered [IFAs] to plan. They are able to choose the right products for their clients rather than being beholden to specific product providers.”

But that greater level of independence among advisors has led to what Steven Cameron, regulatory strategy director with pension provider Aegon UK, a subsidiary of Aegon NV, calls an “unintended consequence.” Namely, many investors have been left without access to any advice that takes account of their circumstances whatsoever.

Typical hourly fees charged by IFAs are about £150, although most clients pay a percentage of assets, generally ranging from 0.5 per cent to 1.5 per cent. While many IFAs set minimum account thresholds at the £100,00 to £250,000 range, others have no minimum requirements. However, according to the FCA, most investors in Britain are unwilling to pay more than about £250 out of pocket to initiate a relationship with an advisor. “That, really, [is] the big issue,” Mr. Cameron says.

Filling that advice gap won’t be easy, partly because communications with clients defined as “advice” now carry a raft of tough regulations – backed with the potential for significant liability – that causes most firms to steer well clear of the independent advice category occupied by IFAs.

Indeed, Mr. Cox of Hargreaves Lansdown calls the IFA sector “a cottage industry” as there are only about 5,000 IFAs out of a total financial advisory force of about 27,000, with the remaining advisors offering only “guidance” and no personalization.

Examples of guidance might include sending clients brochures or directing them to a website. Partly, as a result, the FCA noted in its December review that far too many investors remain parked in cash and are missing opportunities to build their wealth over time.

As a result, Britain is now discussing a new category, known as “personalized guidance.” Sitting somewhere between fully independent advice and guidance, the new category would allow advisors to offer guidance that’s more tailored to clients’ circumstances, without customization. But knowing where one category ends and another begins remains a major concern in the investment industry, the FCA’s recent review notes.

Mr. Cameron of Aegon UK, for one, believes the new category, which would stop advisors short of making recommendations, has much potential. “Instead of offering absolutely the same information to everyone, you offer it in a way that is personalized to their circumstances. That is a really powerful step forward.”

Indeed, PIMFA recently released a raft of new recommendations, titled “The Future of Advice,” that call for “the creation of new lower-cost advice services to provide effective financial advice to a wider market,” with a regulatory framework to support “such a simplified advice service.”

Canada can certainly learn from Britain’s experience, Mr. Cameron says. “If I were turning back time, I’d say, let’s make sure there are alternative supports [so] people aren’t left in limbo. … In coming up with the perfect solution, [IFAs], you end up with lots of people who get nothing.”

The Next Silicon Valley? Why Toronto Is a Contender