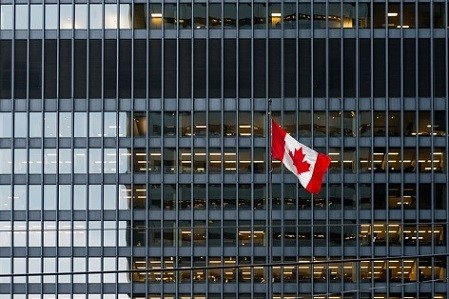 Whilst the fervent fight to retain the trade deal continues, market watchers and economist are seeing a silver lining should NAFTA fail.

In a commentary he wrote for the Toronto Star, Broadbent Institute Ed Broadbent said Canadians should consider how to see the other side of the coin should there be a change to the rules overseeing trade and investment in North America.

For starters, he said Canada would still be able to trade with the US should NAFTA fail. This time, the trade will be under the rules of the World Trade Organization (WTO), with tariffs on Canadian exports averaging just 3.5%.

“Most trade experts now argue that a bad deal, caving into U.S. protectionist demands, would be worse for Canada than no deal,” he said.

Citing the International Monetary Fund, however, Broadbent said the impact to the economy from moving to WTO tariffs would be just 0.4% of GDP.

Additionally, the demise of NAFTA would free Canada from some major limitations on public policy. In this case, Broadbent said Canada would no longer have to worry about US corporations continuing to sue Canadian governments for authorising public interest regulation especially in areas such as the environment or for expanding public services.

More so, the country would be able to limit the export of unprocessed resources, leading to an expansion of jobs at home through higher value-added processing.

In terms of the auto industry, the end of the deal could bring back a managed bilateral trade agreement with the US that would go against the ongoing shift of market share and jobs to Mexico and to Asia.

“The end of NAFTA would mean reduced ability to sell to U.S. governments, but it would give us the option to expand ‘Made in Canada’ public procurement requirements,” he furthered.

Interestingly, this would also allow Canada to take on a more stringent review on foreign takeovers of Canadian companies.

“It makes more sense than ever to review takeovers at a time when Canadian governments are heavily subsidizing new corporate investment in are as such as clean energy and advanced manufacturing with the goal of building up Canadian-based innovative companies that can create the knowledge-based jobs of the future,” he cited.

In the end, Canada should remain a trading nation, with its robust and intimate connections to the global economy. Broadbent concluded, “My point should be clear. No Canadian wants the current negotiations to fail. However, the end of NAFTA could present us with major new opportunities.”

Private Markets Are Booming. Mom-and-Pop Investors Are Missing Out.