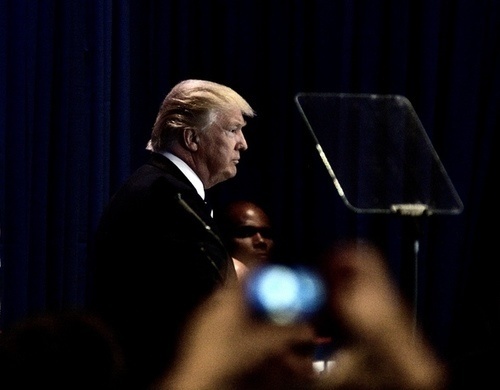 It was an unexpected win for the United States president Donald Trump. Defying fears of a trade war, he managed to strike a deal with the European Union which featured zero tariffs in many sectors of trade between the two.

According to ABC News, European Commission president Jean-Claude Juncker presented Trump with two options to prevent a threat that could put a 20% tariff on European cars.

One option was to remove tariffs on cars for all trading partners while the other was to establish a free trade agreement between the two entities on industrial goods.

Based on analysts, the US will have to junk tariffs on steel and aluminum in order to move forward with either of the two options.

In a tweet, Trump said: “Tariffs are the greatest! Either a country which has treated the United States unfairly on Trade negotiates a fair deal, or it gets hit with Tariffs. It’s as simple as that – and everybody’s talking! Remember, we are the “piggy bank” that’s being robbed. All will be Great!”

In the end, Trump went with the latter option, securing Europe’s deal to buy more American soy beans and liquefied natural gas, which is a good news for US agriculture.

For many industry watchers like FOX News’ Neil Cavuto, this is a stunning development on trade for the United States.

However, CNN’s Stephen Collinson had a slightly different take. He said the deal was a truce rather than a peace treaty.

“It averted the trade war Trump had effectively started — and included a vague commitment for talks toward a real but distant goal. Juncker, though, said both sides agreed to hold off on future tariffs while the talks were taking place — in an apparent victory for Europe,” he said.

Collinson stressed that the deal seemed to be a fix for a problem Trump had already started rather than a sincere success or development on the underlying issues present.

“Given the unpredictable nature of the President’s diplomacy, it’s uncertain how long the trade amnesty will last — once the script is no longer in front of him and when he is fixating at European nations he referred to this month as foes,” he noted.

Almost a third of businesses on the brink in second wave of virus, StatsCan survey finds