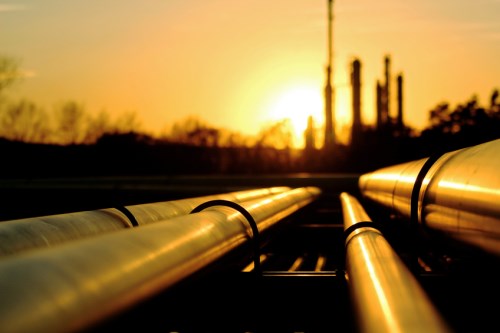 Canada’s plan to acquire Kinder Morgan Canada’s Trans Mountain pipeline has sparked ire among businesses and activists who believe the deal would have environmental and economic consequences.

Finance minister Bill Morneau announced that the federal government will be spending $4.5bn to save the plan to expand the oil sands pipeline.

“We believe this is the best way to protect thousands of well-paying jobs and the safest and most effective way to get our resources to world markets,” Morneau said in a press conference in Ottawa.

Kinder Morgan Canada stopped working on the $7.4bn project in April after citing political opposition in British Columbia and permission delays. The BC government has fervently opposed the project, in fear of major oil spill risks.

More than 800 businesses in BC and across Canada have signed a petition urging the state premier John Horgan to continue resisting the federal government’s decision.

Forming the Let’s Move Forward campaign, this group of businesses stressed that the approval process of the federal government of the project was deeply flawed.

The federal government approved the project in 2016, in the hopes that the planned expansion would triple the crude capacity running from Alberta’s oil sands to a facility in the Pacific province of British Columbia.

“The National Energy Board (NEB) process was rushed and intervenors were denied typical elements of a quasi-judicial process, including the ability to cross-examine industry experts or even attend hearings,” the group said.

They added that the impact of rejecting the project to the economy would be inconsequential, as Alberta oil sands contribute just 2% of Canada’s gross domestic product.

The group said: “This number has stayed relatively consistent over the past decade. The BC economy is perhaps most at risk of a Kinder Morgan oil tanker spill and the economic benefits of the Trans Mountain project are even more.”

In a commentary on the Vancouver Sun, former deputy environment minister for BC Thomas Gunton said Trans Mountain has a much higher risk factor as it traverses the middle of Canada’s third-largest metropolis.

“It requires tankers that will put BC’s coast at risk. The risk of a port spill is 77%, and the median risk of a tanker spill is 56%. Trans Mountain will also increase gas prices in BC by more than doubling the toll on the existing pipeline that transports gas and oil to the BC market to help subsidize the new pipeline,” he said.

For Gunton, there are several reasons why Prime Minister Justin Trudeau decided to subsidize Trans Mountain despite having other apparent and palatable alternatives.

“Justin Trudeau points to the need to protect Canada’s international reputation and the authority of the federal government to deliver on its decisions. Egos are no doubt also at stake,” he said.

While he recognizes prime minister’s argument, he said it needs to be balanced against his own statements that the review process that led to the approval of Trans Mountain was deficient and his commitment to First Nations reconciliation.

“And it has to be balanced against the harm to Canada’s reputation that will come from the massive protests and arrests and the reopening of the constitutional discord with Quebec and others that will ensue if he continues to push the building of Trans Mountain in the face of escalating opposition,” Gunton said.

He added: “The federal government no doubt is facing a tough dilemma. But doubling down on Trans Mountain by using taxpayer funds to subsidize one company at the expense of its Canadian competitors and risking a major conflict that will do irreparable damage to Canada’s reputation is a risky course.”

Prior to the government’s announcement of the deal, more than 230 non-governmental organizations inked an open letter to Trudeau urging him to reconsider their support for the Trans Mountain pipeline.

In a report for the Global News, Oil Change International communications director David Turnbull said the tar sands have become an international issue being watched across the world. He said the funding of the pipeline “flies in the face” of the goals Trudeau committed during negotiations of the Paris Agreement.

“I think people are looking at the Trudeau government to see if they’re going to live up to the lofty words that they had in Paris, and right now, the answer’s ‘no’,” Turnbull said.

Meanwhile, Morneau said the federal government is not planning to take a hold of the asset in the long run. He said the government is already in negotiations with interested investors and pension funds, which will help provide funding for unexpected costs during the construction of the project.

“To investors considering Canada as a place to build big, important, transformative projects like the Trans Mountain expansion, we want you to know that you have a partner in Ottawa,” he said.