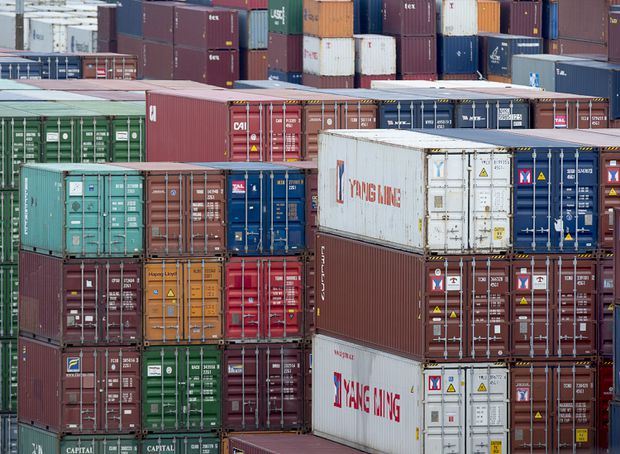 The Minster of Innovation, Science and Industry, Navdeep Bains, in May announced a new industry strategy council charged with providing advice on how the federal government can accelerate economic recovery from the deep COVID-19 recession. Chaired by former Desjardins CEO Monique Leroux, the council comprises respected private-sector leaders from across Canada.

An important initial task for council members is to get a sense of the industries that have the greatest impact in driving Canada’s $2.2-trillion economy.

To this end, the council should first examine the composition of Canada’s international exports to see what the global marketplace wants to buy from Canadian companies. Second, council members should also familiarize themselves with the value-added or real GDP-per-hour of employment contributions made by the various industries that make up the private-sector economy.

Starting with exports, the data underscore the continuing central role of natural resources in Canada’s export portfolio. In 2019, almost half of total Canadian exports – goods and services combined – were supplied by the energy, mining, agri-food and forest products industries. Looking just at merchandise exports, natural resources generate close to three-fifths of export receipts. Energy alone made up almost one-fifth of Canada’s total exports last year, with oil and natural gas accounting for the vast majority of the country’s energy-related export earnings.

Why pay attention to exports? Because by purchasing Canadian goods and services, international customers are signalling where Canada enjoys a global comparative advantage. For any industry involved in trade, the ability to sell profitably and at scale into global markets is the acid test of competitiveness.

Reviving exports must be a key part of Canada’s recovery plan. Quantitatively, the best opportunities to meaningfully increase export earnings lies not in small niche sectors, but rather in the industries that already loom large in Canada’s export mix. Natural-resource industries feature on this list, along with transportation equipment (14 per cent of total exports) and commercial services (11 per cent).

A second task for the council should be to look at the “value-added” per-hour contributions to the economy made by different industries. Tracking real GDP-per-unit of labour input by sector – that is, labour productivity – highlights which private-sector industries serve as outsized economic engines.

High-productivity industries typically feature the intensive use of physical, human and intangible capital, the adoption of advanced technologies and economies of scale. They are catalytic because they create demand for other goods and services across the rest of the economy.

Mining and oil and gas production generate – by far – the highest level of real GDP-per-hour of employment, followed by utilities, real estate, rental and leasing, information and cultural industries, and finance and insurance.

The COVID-19 pandemic has punched a significant hole in Canada’s economy. That hole needs filling, quickly. While some revival of employment and business activity is expected over the balance of 2020, the International Monetary Fund sees Canada suffering a staggering 8.4-per-cent fall in GDP this year – a much greater drop than in 2008-09.

One key to kick-starting the economy is to fire up the country’s big economic engines. This need not involve a heavy fiscal cost, but rather a tweaking of Canada’s tax and regulatory settings to ensure they are not too inefficient, antiquated and discouraging of private-sector investment and hiring – particularly in our leading industry sectors. Absent the horsepower provided by its major economic engines, Canada could struggle to recover, grow and compete in the aftermath of the terrible COVID-19 recession.

Jock Finlayson is the executive vice-president and chief policy officer of the Business Council of British Columbia. David Williams is the council’s vice-president of policy.

Ripe for Reform: Modernizing the Regulation of Financial Advice