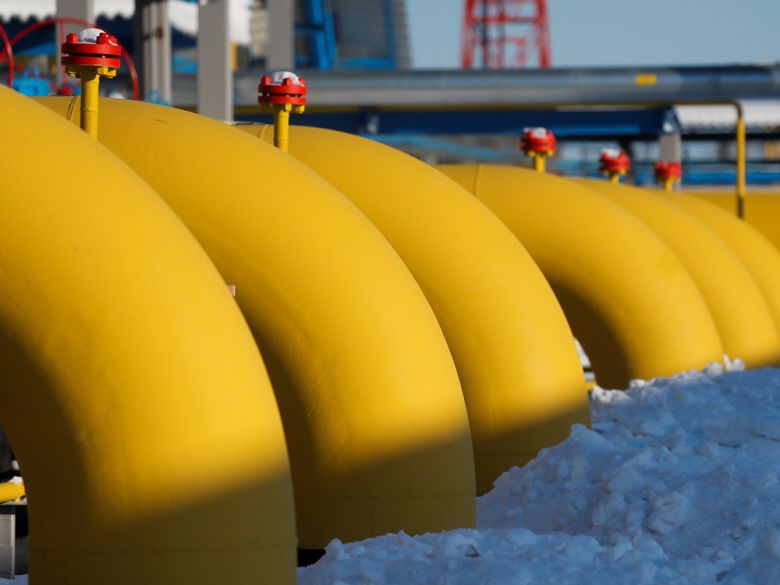 As multiple Canadian pipeline projects linger in limbo, Russia and China have just turned on the taps on a natural gas behemoth long enough to connect Timmins, Ont., to Burnaby, B.C.

Russian President Vladimir Putin and Chinese President Xi Jinping brought the Power of Siberia pipeline, which will stretch 3,000 km from Siberia into northeast China, online Monday. The US$55 billion pipelines is expected to carry five billion cubic meters of natural gas into China in 2020, with production eventually ramping up and hitting 38 billion cubic meters by 2025.

The partnership between the two nations came in response to the sanctions levied on Russia following its annexation of Crimea. Brutalized by the financial sanctions, in particular, Russia desperately needed to bring new capital into the country and China appeared to be an eager partner to supply it. The pipeline is expected to yield Russia US$400 billion over 30 years.

“This is a genuine historical event not only for the global energy market but above all for us, for Russia and China,” said Putin, who watched the launch via video link from the Russian Black Sea resort of Sochi.

“This step takes Russo-Chinese strategic cooperation in energy to a qualitatively new level and brings us closer to (fulfilling) the task, set together with Chinese leader Xi Jinping, of taking bilateral trade to US$200 billion by 2024.”

Through its agreement with China, Russia is very clearly trying to take more of the global liquefied natural gas market share, said Jordan McNiven, an analyst with Tudor, Pickering Holt & Co. The country is also constructing pipelines that expand its reach far into Europe. The Nord Steam 2, an undersea pipeline, will deliver Russia’s natural gas as far as Germany, while the TurkStream pipeline will run to Turkey and into Southern Europe.

Canada, meanwhile, has lagged on its energy infrastructure projects. The country’s gas exports all head to the U.S., McNiven said, because while China is an appealing market that it would like to target, Canada does not even have an LNG export terminal that would allow it to become a global exporter.

The $40 billion LNG Canada terminal is currently under construction in Kitimat, B.C., but is not expected to be completed until 2024. The pipeline expected to feed it, a 670 km project called Coastal GasLink has been in the works since 2012, but mainline construction is only set to begin between 2020 and 2021. The Power of Siberia is 10 times the size and was built in just over five years.

“There’s certainly a risk that the longer this drags out, the potential less market there will be (for Canada) to take,” McNiven said.

Still, the demand for natural gas in China is so significant, he said, that there will be plenty of opportunity for other producing nations even once the Power of Siberia ramps up to full production.

China’s imports are tracking to about 63 million tones of LNG for 2019, McNiven said, and at capacity, the Power of Siberia could provide 10 million tones. While it may seem like Russia has carved out a giant chunk of the market for itself, forecasts have China’s demand for LNG hitting about 100 million tonnes by 2025, meaning that Russia will only provide 10 percent of imports.

There will still be an opportunity for Canada to aggressively enter the market if those numbers hold true, he said, but they will have to compete on price.

“The most important thing for Canada is going to be (competing) on price because it is getting to be much more of a competitive market and if you can’t offer a competitive price, it’s going to be tough to find a home for your molecules,” McNiven said.

Bryan Cox, president, and CEO of the B.C. LNG Alliance is also confident that there will be an opportunity for Canada to enter the market, but it can’t put off its projects anymore.

ASC sets out rules for granting credit for cooperation

What’s behind a trucker shortage in Canada? Britain’s labour crisis offers a clue