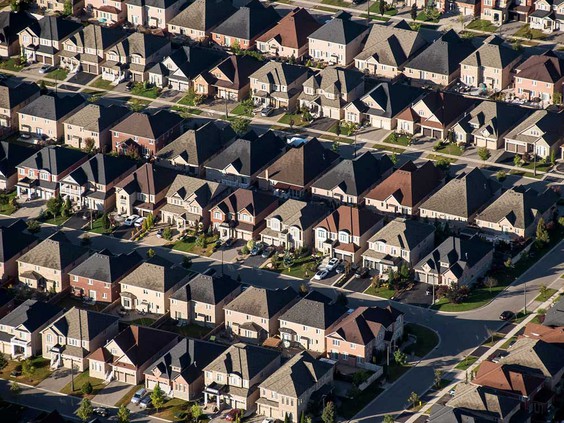 Now, the addiction is simply embarrassing. The world is in the midst of a transformative shift to a digital and carbon-neutral economy, a once-in-a-lifetime investing opportunity, and where are Canadians placing their bets? Houses, for the most part.

Gross residential investment surged to an unprecedented $160.2 billion in the third quarter, almost nine per cent more than the previous quarterly record of $147.5 billion at the end of 2017, according to Statistics Canada’s tallies of the national accounts, which date back to 1961.

Housing accounted for 37% of overall investment, while business spending on machinery and equipment and intellectual property dropped to 28.2%

We’ve resumed, after a brief cooldown, plowing a ridiculous amount of money into assets that do nothing to improve the country’s ability to generate wealth. Housing accounted for 37 per cent of overall investment, while business spending on machinery and equipment and intellectual property dropped to 28.2 per cent, the highest and lowest levels, respectively, since early 1993.

“The housing market is irrepressible,” said Peter Hall, chief economist at Export Development Canada. “I don’t think it’s sustainable at all. We are in a compromised position because of our indebtedness.”

Debt is an obvious concern. Ratios that measure the ability of households to keep up with their mortgages look better at the moment because the national savings rate spiked last year. It probably won’t last. Hall released a forecast this week that predicts growth of 4.4 per cent this year. He thinks the rebound will be powered by pent-up demand, since a large portion of that cash pile is sitting in deposit accounts, not savings accounts. “It’s ultra-liquid,” he said. “It’s just sitting there.”

A sugar rush of spending on consumer goods, restaurant meals and travel would be good for the economy’s short-term prospects. The trade-off would be the re-emergence of elevated levels of household debt as a systemic vulnerability. In other words, we’re heading back to the path we were on before the pandemic, desperately trying to future-proof an economy that was hobbled by a decade-long credit binge.

The relentless march of the real estate industry will make that more difficult. An exuberant housing market will continue to be a magnet for capital and entrepreneurial energy that would be better deployed in more productive industries. Thousands of entirely rational decisions could unwittingly erode Canada’s competitiveness.

The same thing happened a decade ago during the Great Recession, when economic forces and existing incentives combined to turbocharge the real estate industry.

We are not making the investments that will allow us to increase output of the goods and services that not only do we want here in Canada, but what the world wantsDAVID DODGE, A FORMER BANK OF CANADA GOVERNOR

Housing now accounts for about 14 per cent of Canada’s economic output, compared with about 12 per cent at the end of 2008, when central banks pushed interest rates to zero to fight the financial crisis that followed the collapse of Lehman Brothers Holdings Inc., a leading Wall Street investment bank.

Real estate supplanted manufacturing as the biggest contributor to GDP around the same time and it hasn’t looked back. The shift turned a lot of lucky people into millionaires, igniting a frenzy that has now spread from Vancouver and Toronto to places such as Ottawa, Montreal, and Moncton, N.B.

But none of that activity helps Canada compete in the digital economy, which revolves around talent and intangible assets such as patents. Canadian companies spent $54 billion on intellectual property in the third quarter, better than the previous quarter, but otherwise the least amount since the end of 2017.

“We are not making the investments that will allow us to increase output of the goods and services that not only do we want here in Canada, but what the world wants,” David Dodge, a former Bank of Canada governor, said on the latest episode of the Financial Post’s Down to Business podcast.

It’s important to talk about this now, because it’s possible we won’t notice that we are being left behind until it’s too late.

Here’s why. GDP increased 0.7 per cent in November from October, Statistics Canada reported on Jan. 29. That was much better than most Bay Street economists were expecting. The second wave of COVID-19 infections is testing our resolve, but the economy had decent momentum at the end of 2020. GDP was only about 3.5 per cent less than its level last February.

That’s an impressive recovery, all things considered. It took two years to fill the hole left by the Great Recession. The COVID-19 collapse was brutal, but it could turn out to be relatively short.

If so, the housing evangelists will want a good deal of the credit. The real estate industry generated output of about $262 billion in November, little changed from the previous month, which was the most on record, according to data recorded back to 1997.

Finance, real estate’s enabler, generated output of almost $144 billion in November, also a record. Banking now accounts for about eight per cent of GDP, compared with six per cent at the end of 2008.

Bay Street has almost as much economic weight as the entire energy industry, which matters because those industries extract more wealth than they create. Both benefit from policy, and their place atop the national accounts will make it difficult, if not impossible, to undo those policies. They will continue to attract talent and spin money between themselves.

If that happens, Canada’s economy will become less and less competitive. Productive industries such as manufacturing will suffer, because they hoarded cash instead of spending it on technology that would make them nimbler and greener. Corporate, household and government debt will become a bigger burden, because the economy can’t generate enough revenue to keep pace with interest payments.

But at least we’ll have our houses.