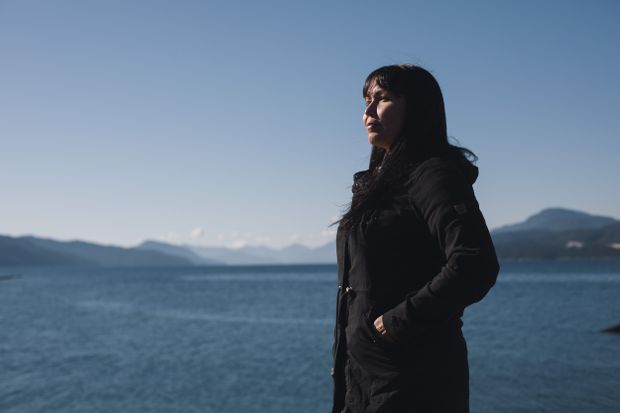 When Crystal Smith considers the current pipeline dispute involving the Wet’suwet’en First Nation, she strains to hear the voices of those she believes matter most: the Wet’suwet’en people.

It is true. As it so often is in standoffs of this nature.

We hear from politicians, hereditary chiefs, elected First Nations leaders, but we seldom hear from those in the community whose futures are affected most by decisions around resource development.

“They are the forgotten people in this situation,” Ms. Smith, the 39-year-old elected chief councillor of the Haisla First Nation, told me this week. “They are the only ones that can solve this dispute; not governments, not the courts. It’s the people in the community.”

Ms. Smith represents a new generation of aboriginal leadership in British Columbia, one that is young, educated and willing to challenge shibboleths that have held native communities in Canada back for decades. She is far from a cultural sellout, however. She says the role that hereditary chiefs play in safeguarding the values and traditions inside aboriginal communities is a sacred one. Elders define what being Haisla is. But nor does she believe that these same chiefs are the last word whenever a big issue arises. That, she says, belongs to the people of the community.

The Haisla, based in Kitimat, the West Coast terminus of the pipeline now in dispute, have been an enthusiastic backers of the LNG Canada project. So have virtually all of the other aboriginal communities along the route of the natural gas pipeline. They have concluded that there needs to be a balance between the hallowed obligations that aboriginal leaders have to safeguard traditions, language and identity, and an obligation to help lift their people out of poverty.

The tack many First Nations groups have taken until recent years has not worked. That includes fighting any kind of development, while harbouring generations-old grievances. Ms. Smith said that after decades of pursuing the same fruitless policies and remaining mired in economic despair, it was time to try something else.

“We want our people out of poverty,” Ms. Smith told me. “We are tired of managing poverty.”

She says the Haisla and other aboriginal communities were obsessing over their woes and lot in life, at the expense of finding solutions to help them out of their grim circumstances. That is why the Haisla signed an economic benefit agreement for the LNG Canada project and another with Kitimat LNG, which entails the construction of another pipeline we’ve heard little about.

Ms. Smith told me she has seen unprecedented co-operation between First Nations across the north, groups that see the same potential in the projects that are on the board now. Aboriginal workers are being trained for jobs that will pay them excellent wages for years. And in those jobs, and more we’ve yet to hear about, she sees new hope for her people.

But, she acknowledges, the opposition to the Coastal GasLink pipeline projects risks all of that. “Approximately 5,000 First Nations people have an opportunity that is about to be swept out from underneath them for what? A bit of controversy. We have a solution for many of the things that ail us right at our front door and we’re not allowing people to walk through.”

(Late this week, the Wet’suwet’en resisters agreed for now to comply with a court injunction and give access to pipeline construction workers. However, they remain vehemently opposed to the project.)

There are those who want you to believe that people such as Crystal Smith are being duped by companies preying on their feelings of hopelessness and anguish. That these same companies are the ones dividing aboriginal communities, pitting one group against another.

That is a narrative subscribed to mostly by older aboriginal leaders, who are deeply suspicious of any agreements with non-aboriginal businesses. They lament any bids for modernity, any efforts to finally free First Nations groups from the dead-end past of poverty.

But while young, Ms. Smith is old enough to know that blind ideology has been as destructive for First Nations as the colonialism that still haunts them. She understands you can honour the past, enshrine it in policy and practice, while at the same time taking steps to move forward.

She is interested in giving her people better housing, better educational opportunities, better jobs, better health care. She has much less time for the politics of dissent that continues to keep too many First Nations rooted in an often desperate existence.