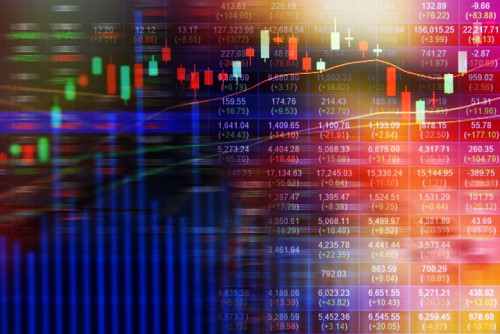 Over the past ten years, there has been a flood of capital into alternative investment vehicles, including the opaque and less liquid field of private equity. The space has grown in assets as well as influence — which could provoke some unwanted attention.

“[Big private-equity] firms are no longer the simple buyout shops of old, rehabilitating badly run businesses,” reported the Wall Street Journal. “They act not only as fund managers, but also proprietary investors, traders and investment bankers. In some ways, they are resurrecting the lightly regulated investment-bank partnerships of old.”

According to research from Preqin, the industry’s assets under management have tripled to US$4.8 trillion from the end of 2006 until June 2017 — roughly double the assets of hedge funds globally, based on research by Eurekahedge.

“The biggest firms have taken a growing share of the market even as the overall pie has grown: they now have more power and influence in markets than ever,” the Journal said.

With their significant clout, the biggest names have been able to win and engineer lucrative deals — creating potential conflicts of interest in the process. After KKR won a US$3.7 billion deal for a Dutch car parks company last summer, it distributed chunks of debt and equity it didn’t want through its own capital-markets arm, cutting out banks.

The report added that big names can ensure mutual access to loans to their respective buyout deals. This is ideal when competition is fierce, but some investors want to be reassured that one fund’s returns won’t hurt another’s. Blackstone has also reportedly used derivatives trading to subsidize lending to US home builder Hovnanian at the direct expense of some hedge funds.

With the growing heft and diversity of the biggest firms comes a greater ability to amass funds, which has resulted in a record stock of money raised but not yet invested; this so-called “dry powder” has reportedly reached US$1.7 trillion, US$1 trillion of which is in buyout funds.

Private-equity firms are more likely to overpay as they fiercely compete for assets, particularly when so many markets are so highly valued. But some may contend that they can afford to wait for the best opportunities because of deep and wide market-research networks that smaller rivals and public markets can’t access.

Still, the Journal said: “As more companies and assets are sucked into the world of private capital, the potential for unfair dealing out of the public spotlight will grow. Growth and success will likely attract increasing regulatory attention—and ultimately costs.”