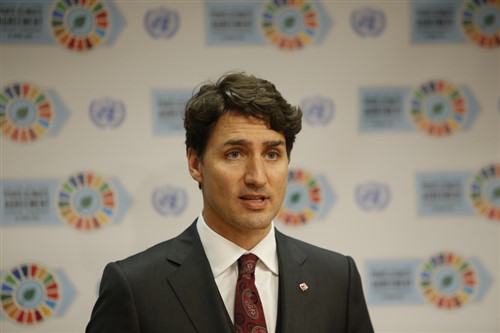 While Canadian Prime Minister Justin Trudeau believes the United States would not ditch the North American Free Trade Agreement (NAFTA), he believes the country has a number of contingency plans should talks go downhill.

In an interview on CBC Radio’s The House, Trudeau said the government has looked and considered a broad range of scenarios. He said it will support Canadian jobs as the country diversifies its markets.

The prime minister, however, is firm in his belief that US President Donald Trump will not cancel the trade deal.

“I’ve been positive about NAFTA and NAFTA renegotiations from the very beginning. Our message has been consistent, to the president, to our partners and friends in the United States: that NAFTA has been good for American jobs. It’s been good for Canadian jobs,” he said.

CBC reported that while Trump did not mention NAFTA in his recent State of the Union address, he did speak about axing trade deals which he deems unfair.

“The era of economic surrender is totally over. From now on we expect trading relationships to be fair and, very importantly, reciprocal,” the president said, as quoted by CBC.

In a separate radio interview with Winnipeg’s AM680 CJOB, Trudeau said there are multiple issues that could potentially mean he would not accept a renegotiated NAFTA deal.

Trudeau said: “There have been people out there, including former Prime Minister Harper, who has said, ‘look, NAFTA is too important, you can’t walk away from it, you should accept a bad deal rather than no deal’. I’ve been very clear that no, I’m not going to accept a bad deal.”

Fund managers most gloomy on record on recession woes: BofA

Will a robot really take your job?