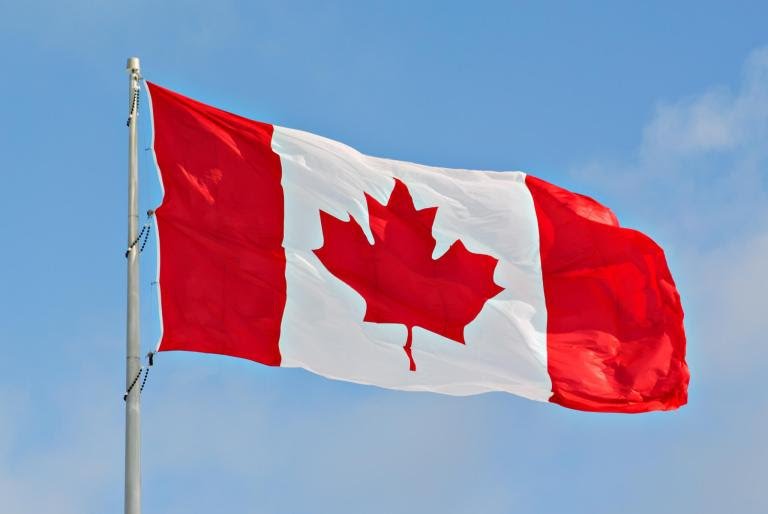 Don’t look now, Silicon Valley. Canada is coming for you.

In case you missed it last month, the $250 million funding round announced by Vancouver B.C.-based Clio was a major milestone in the rise of the Canadian tech startup ecosystem.

The funding round was not only the largest in Canadian startup history; it was led by top California-based VC firms TCV and JMI, whose previous investments include Airbnb, Facebook, Netflix, and Spotify.

Even before the Clio announcement, venture capital disbursements to Canadian startups were setting a record pace, totaling nearly $3 billion in the first half of 2019. In addition, CBRE, a U.S.-based commercial real estate and investment firm, recently ranked Toronto as the fastest-growing tech center in North America, with Vancouver and Montreal not far behind.

You may ask, “Since when did Canada get so hip?”

As a CEO who founded his tech startup in Silicon Valley and then moved its headquarters to Canada (my native country), I feel uniquely qualified to answer that question. I spent years in Silicon Valley as an executive with top-tier technology companies in the world’s epicenter of tech. Today, I firmly believe our startup would never have experienced the rapid growth we’ve enjoyed if we had maintained the bulk of our operations in Silicon Valley.

Over the past several years, the Canadian government has collaborated with academia and private enterprise to nurture a vibrant tech ecosystem whose innovation rivals that of other tech centers around the world, especially in the all-important growth area of AI.

As we all know, the U.S., China, and Europe are all vying to be the leaders in an AI industry that could add more than $15 trillion to the global economy over the next decade. However, although not well-known beyond its borders, Canada announced a national vision and began heavily investing in the technology before anyone else.

Through its Superclusters initiative, Canada has invested more than a billion dollars in AI research and development in just the past three years. A first-of-its-kind initiative for the country, the initiative has seen cities from Toronto and Vancouver, B.C. to Montreal and Edmonton emerge as significant centers of AI innovation.

With federal funding and encouragement, top universities across Canada have incorporated AI into every part of their curricula. If you are a student taking a college accounting course, you will also learn about the latest AI tools in the field and where it’s heading. This means thousands of graduates from Canadian universities understand and appreciate the power of AI as they enter the workforce, in addition to the already abundant reservoir of talented data scientists.

Since my own company is in the AI space, I know how difficult it is to recruit and keep AI talent in the Silicon Valley area. We soon realized that Vancouver offered an AI talent base that was at least equal to Silicon Valley’s without the astronomical salary requirements due to the much higher cost of living in the San Francisco Bay Area.

Canada’s immigration policy is designed to build a highly educated and diverse workforce by aggressively courting the best and brightest tech minds from around the world. In 2017 the country launched the Global Talent Stream to reduce visa application processing times from 10 months to two weeks for those with experience in IT and STEM-related fields. According to the Canadian government, over 1,000 technology companies have hired more than 4,000 foreign workers through the program.

Moving our startup to Canada also allowed us to bypass the worst aspects of the venture capital merry-go-round culture in Silicon Valley. We didn’t want to give up our executive decision-making capabilities to others, especially considering our management team had more experience and a better acquisition track record in the industry than anyone who could fund us.

My co-founders and I had evaluated and acquired many firms in our industry throughout our careers, and we wanted to use that knowledge to quickly grow our startup through acquisitions. However, if we had gone the Silicon Valley VC route, we might still be standing with hat in hand for funding, or at the mercy of directors who might not appreciate our strategy.

That’s why we chose to take advantage of the TSX Venture Exchange, part of the Toronto Stock Exchange (TSX), which is efficient in jump-starting under-funded startups quickly via “public venture capital.”

According to Delilah Panio, Vice President, U.S. Capital Formation for the TSX Venture Exchange, many startups like ours choose to be listed on the TSX-V to leverage public stock as currency to rapidly scale through acquisitions as well as offer incentives to attract top talent.

With seven acquisitions in the past two years as a public company, we were also able to accelerate the expansion of our core technologies, markets, customers, and employee base. Silicon Valley startups such as Boardwalktech Software and Nubeva Technologies have also chosen to raise capital on the TSX-V.

Because it’s a regulated exchange with rigorous standards, TSX-V also serves as the perfect foundation for early-stage companies to eventually “graduate” to the TSX or dual-list on a U.S. stock exchange. Instead of toiling for years under the radar as a private firm that then tries to undergo a splashy – and often risky – IPO, startups can learn how to run a public company on the TSX-V first.

So, is coming to Canada the right decision for a startup? In our case, it definitely was. Since moving our headquarters out of Silicon Valley, we were able to grow the business from near zero revenue and a handful of staff to a projected run rate of $55 million this fiscal year with 400-plus employees. We are now planning to follow previous TSX-V companies and be listed on both the TSX and NASDAQ this year.  We’re willing to compare that progress with any tech startup in the Bay Area.

Of course, Silicon Valley’s influence on the tech industry and the world will likely never wane, and we will continue to maintain offices with high quality talent in the Bay Area as well as keep our connections with many friends and partners there.

But the opportunities for the global tech industry only continue to grow. Canada’s rise signals it will take more than the great minds in Northern California to fulfill the demand.