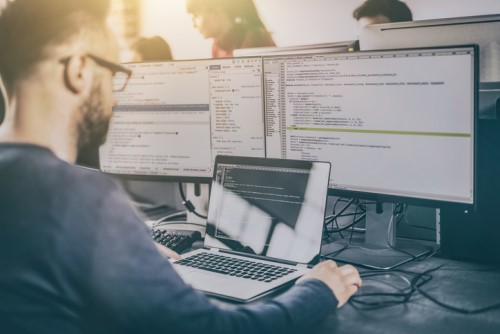 As Toronto increasingly becomes a hotbed for foreign technology firms, there are concerns that this could hurt small, up-and-coming groups.

Earlier in September, Microsoft Canada announced its planned relocation to downtown Toronto, at 81 Bay Street. The firm wants to set up a new headquarters with four floors and 132,000 square feet of space. The group’s new playground is expected to be completed in September 2020. With this, Microsoft promised to make around $570m worth of investment in Canada for the next three years and create up to 60,000 new jobs.

Computer Chip giant Intel and ride-sharing services platform Uber also expressed their interest in establishing a footprint in Toronto. Other tech firms including Samsung, Alphabet, LG, and General Motors are also looking at the city with wide eyes.

For venture capitalist and entrepreneur Bruce Croxon, Canada might be losing the opportunity to create its own tech heavyweight as the focus shifts to global groups.

“Do we want to own something, or do we want to be a branch plant economy? Let’s make up our minds,” Croxon said in an interview on Business News Network.

In a think piece on Washington Post, industry watcher Amanda Coletta said the current surge of interest in Canada amongst tech firms is due to Prime Minister Justin Trudeau’s commitment to take advantage of Canada’s position in the fields of artificial intelligence and machine learning.

In fact, his government set aside $125m for a Pan-Canadian Artificial Intelligence Strategy in 2017. It has also designated almost $1bn for the creation of five innovation “superclusters”. Lastly, Canada launched a two-week fast-track visa allowing highly-skilled workers and entrepreneurs to gain access to the country.

“All of this was part of a pitch Trudeau made on a visit to Silicon Valley earlier this year, as part of an effort both to court tech firms and to woo Canada’s best and brightest — who have for decades decamped for the lucrative salaries, flowing venture capital and the T-shirt weather of Silicon Valley — back home,” Coletta said.

However, Nudge.ai co-founder and chief executive officer Paul Teshima said the brain drain has already been subdued since 2000.

“You have second- and third-time entrepreneurs sticking around and not going to the Valley, and in some cases, coming back from the Valley and starting their start-ups here with new skills and impressive business networks,” he explained.

Many are worried that multinational companies entering Canada might lure local talent away from homegrown firms, many of which will struggle to achieve scale.

Coletta cited a report from David A. Wolfe, a professor of political science and co-director of the Innovation Policy Lab at the Munk School, which said that promising start-ups are either moving out of Canada or are being sold to foreign investors.

“Even if foreign multinationals poach Canada’s top researchers for their Canada-based operations, Canada still misses out, experts say, because it is the foreign firm that retains all of the intellectual property and can commercialize it,” she said.

The challenge is for Canada is to apply the lessons learned from the success of local firms like Shopify and ensure that capital is generated from home.