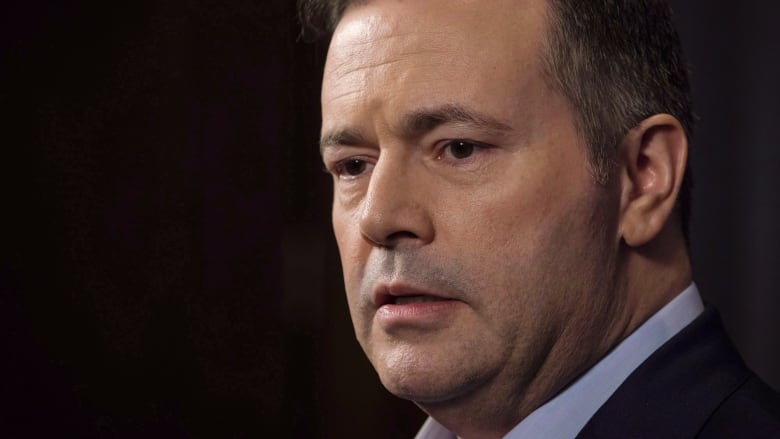 The province is prepared to take every possible step to protect Albertans from a coming “terrible economic storm,” Premier Jason Kenney said Thursday — but for many, it won’t be enough.

“We cannot save every business that is going to be distressed right now,” Kenney said during a Facebook livestream. “What makes me emotional and gives me an enormous amount of anxiety is … realizing there is not enough fiscal power in the government in Alberta to insulate everyone from the economic adversity we are going through.”

Kenney said Alberta is likely to hit a deficit somewhere in the range of $20 billion this fiscal year — an entirely reasonable figure given the situation the province now finds itself in during the pandemic, said University of Calgary economist Trevor Tombe.

But though COVID-19 has presented new challenges for Alberta, Tombe said it’s important to remember that the province was already experiencing a significant period of no growth.

“Basically, Alberta has been experiencing a rising level of debt-to-GDP [gross domestic product] since the financial crisis,” he said, referring to the ratio between what a government owes to its economic output. High levels of debt-to-GDP mean countries and provinces are not generating enough money to pay off their debts.

“In 2007, we had net assets equivalent to 15 per cent of GDP, where we actually owned more than we owed — we had negative net debt. Then the financial crisis turned the corner, and our financial situation has been deteriorating ever since.”

Alberta has been accumulating debt for well over a decade now, Tombe said. He estimates the coming fiscal year could see deficits hit somewhere between $15 and $20 billion.

“So you have to borrow to cover that, when you’re spending more than you’re bringing in,” Tombe said. “In addition, the government borrows for capital investment projects, and that could be about $3 billion to $4 billion more, and that’s not counted as a deficit that still needs to be borrowed.”

On top of that, Tombe said it’s possible that the economy could shrink.

Projections vary, but taking a real gross domestic product figure at a rate of eight per cent — paired with a drop in oil prices — could mean a shrinkage in the entire total income in the province by about 15 to 20 per cent.

Put it all together, and Tombe said it would roughly double Alberta’s debt-to-GDP ratio from just under 10 per cent to just under 20 per cent at this time next year.

On Twitter, Lindsay Tedds, an associate professor of economics at the University of Calgary, said that debt-to-GDP ratio would still allow the government to support more Albertans than Kenney suggests.

Restarting this. Fixed @jkenney quote in the article to be factual. At 20% debt to gdp ratio will still have the lowest ration in the land with substantial tax room to support it. Let us be clear, the Alberta premier is choosing, not constrained, not to help more people.

Duane Bratt, a political scientist at Mount Royal University in Calgary, said Kenney was being “very pragmatic” by going into deficits contrary to his ideological beliefs — but said things will change in a year or two when the deficit needs to be paid down.

“Will the government respond by saying that its debt-to-GDP ratio is still relatively low, hoping oil prices climb back to $50 or $60 [a barrel], increase taxation or reduce spending?” Bratt said in an email. “My guess is the Kenney government will double down on cuts to spending in health care and education.”

Tombe’s projections are close to those released in a report from the conservative think-tank Fraser Institute on Thursday, which said low oil prices and COVID-19 will move Alberta’s economy into its third recession in a little more than a decade.

The Fraser Institute projects Alberta is likely to have more than $56 billion in net debt by the end of the fiscal year, bringing the debt-to-GDP ratio to 17.7 per cent.

“Alberta’s fiscal position [net debt or assets relative to GDP] will have deteriorated in 14 consecutive years once this one is over, and it would be a mistake to assume that trend will reverse itself on its own,” the report stated.

Though Tombe said he anticipated the federal government would design programs to increase transfers to provinces to cushion the blow of the COVID-19 crisis, there are other ways to raise revenue in a province such as Alberta.

If this crisis is not the moment for us to take a hard look at how we’ve been doing things, I don’t know what is.- University of Calgary economist Trevor Tombe

“The most efficient and least economically costly way to do it is through broad-based consumption taxes. There’s pros and cons to every choice, and so reasonable people can disagree,” Tombe said.

“But if we’re going to raise revenue, then I would recommend doing it in a way that hurts the economy the least, and that’s through sales taxes.”

Tombe said Alberta will also have to re-evaluate its fiscal plan given its reliance on oil prices, which he said were “very optimistic numbers even at the time the budget was realized, but now [are] just crazy.”

“We have now been experiencing large economic shocks for many, many years in a row, and we haven’t fundamentally changed policy in this province,” Tombe said. “If this crisis is not the moment for us to take a hard look at how we’ve been doing things, I don’t know what is.”

This week, Alberta Finance Minister Travis Toews was authorized to borrow up to $25 billion for government programs and services and the COVID-19 response, nearly four times what was expected.

Long-Term Investors Can Depend on This Canadian Retail Favourite